First-ever animated Spider-Man film to be released in 2018

by Michelle Geslani and Ben Kaye 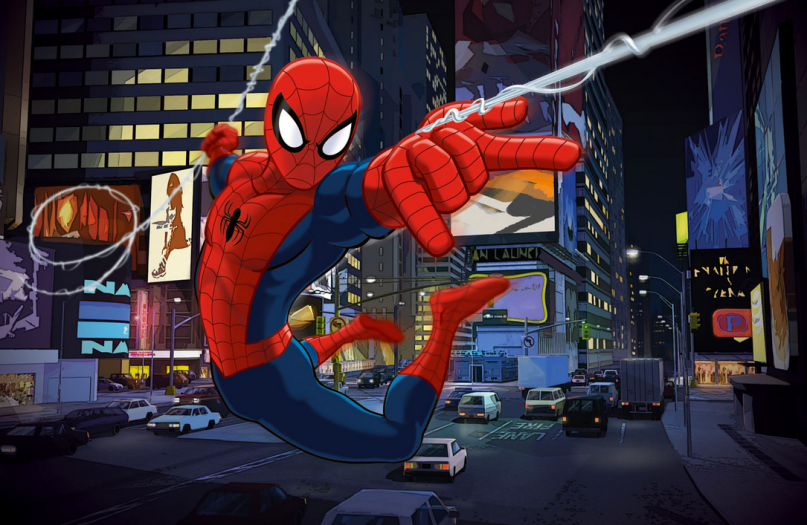 Sony has announced that an animated Spider-Man film will hit theaters on July 20th, 2018. LEGO Movie and 22 Jump Street masterminds Phil Lord and Chris Miller have been tapped to handle both writing and producing duties, with a chance they may direct.

Sony chairperson Tom Rothman broke the news today during the annual CinemaCon event in Las Vegas. Rumors of the animated movie originally surfaced late last year, however, leaked as part of the massive Sony hacks. At the time, it was noted as a “comedy.” All Rothman said of it at CC was, “It’s fucking awesome.” Avi Arad (who has worked on all the live action Spidey films to date), Matt Tolmach, and former Sony chairperson Amy Pascal will also produce the film.

Tapping Lord and Miller is a bit of an interesting move, as DC and Warner Bros. have also hired the pair for their The Flash feature. After WB picked up Patty Jenkins, once attached to Thor: The Dark World, to replace Michelle MacLarenin as the director for Wonder Woman, it seems that talent crossover between the two universes is suddenly quite common.

As previously reported, the live-action Spider-Man film arrives on July 28th, 2017. It won’t have an origin story for its teenaged Peter Parker, though the character could be non-white. Recent casting rumors, however, suggest that we will indeed see a classic live-action Parker.