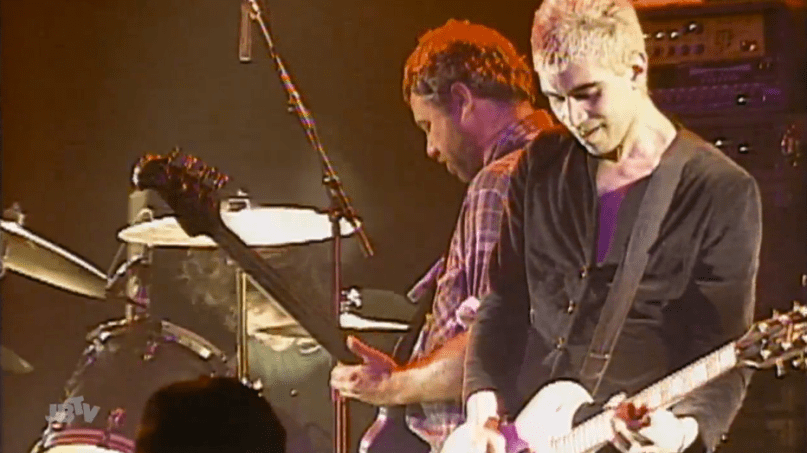 Welcome to the latest edition of the Video Vault, a new series in which Consequence of Sound and Chicago’s iconic JBTV offer you classic concert footage from over 30 years of tape preserved in the studio’s extensive collection. Many of these have never before been seen by the general public.

If you thought Rage Against the Machine unleashing “Bulls on Parade” over Chicago or Smashing Pumpkins delivering an album release show was epic, you haven’t seen nothing yet. Today, we bring you a full-length 1995 show from Mike Watt at The Metro, but the punk rock legend wasn’t alone that night. His opening acts were Pearl Jam’s Eddie Vedder’s side-project Hovercraft and another budding Seattle band called Foo Fighters. And with no band to call his own on the tour, Watt was joined on stage by Vedder, Dave Grohl, and Pat Smear.

We unearthed a The Jon Stewart Show visit by the touring supergroup a few months back, but now we’re pleased to present the entire hour-long Metro show in all its glory, a true piece of rock history. Below, check out their performance of “Chinese Firedrill”, and head to JBTV’s website to unlock the entire concert.