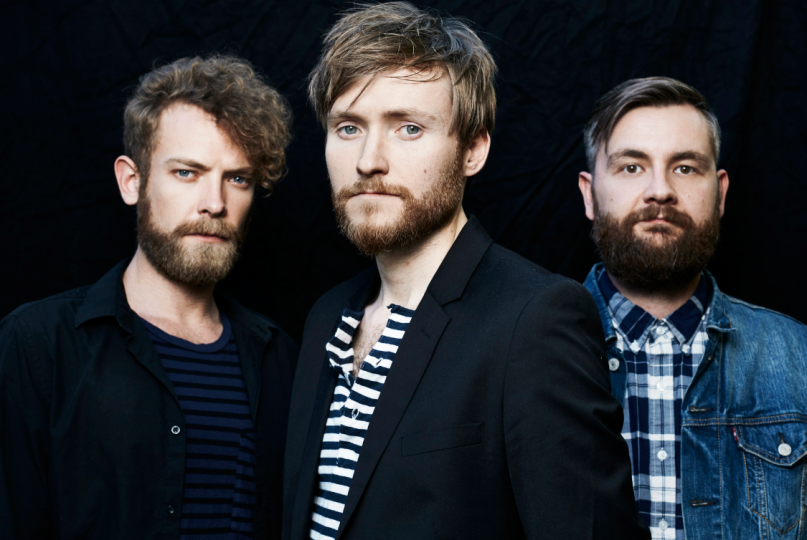 Since 2011, The Dead Ships had earned a reputation as an energetic live band, but they knew they hadn’t been able to capture their shows’ intensity on record. After catching the Los Angeles band play a showcase in Toronto, Broken Social Scene’s Brendan Canning thought he could help fix that.

For the first time, Canning was willing to produce a record for a band he wasn’t a part of, and The Dead Ships made the most of the opportunity. “Getting to work with Brendan Canning on your guitar-driven indie rock is like getting to work with Barry Bonds on your steroid regimen (allegedly),” says frontman Devlin McCluskey. Spurred on by the presence of the revered artist, they recorded a number of new tracks, the first handful of which they’ll share on May 5th with the release of EP I.

“I chose to work with the Dead Ships because I knew as individuals they wouldn’t let me down,” Canning says. “Plus they’d also allow me to play rhythm guitar all over their record.” He calls the band “all heart,” and explains, “Whatever I asked of them was delivered minus the bitching and complaining which some bands are guilty of. Lyrically and musically, the songs came together in a way that needed to happen and thanks to an excellent engineer named Josh Steube, all sounds got captured correctly.”

Unfortunately, the way some of those songs came together was through tragedy. McCluskey lost his best friend, the “Wayne to [his] Garth,” to suicide, “and it opened up every floodgate. When I came home from the funeral, I read an article about scientists observing a rare solar state called a big quiet, and for a moment it felt as if the entire universe was sitting shiva.” He ended up writing “Big Quiet”, a track driven by sharp percussion and a jangly garage refrain that lilts ever so slightly sad. McCluskey’s voice soars across it all, strained and cracked like flares bursting off the surface of the sun — until he reaches that “rare solar state” of the chorus, calling out clearly, “When things get too loud and you’re over it/ You can come back to life/ Return to the big quiet.”

“‘Big Quiet’ was my first attempt at writing something to understand what happened and try to retroactively stop it from occurring,” McCluskey says. “I know I can’t write a song that would’ve saved my best friend … but that’s not going to stop me from trying.” Take a listen:

“Big Quiet” was just the first of what became many new tracks. Though they’d planned on only one EP, McCluskey wrote “another dozen or so songs,” all of which Canning wanted to record. We can expect to hear more on later releases; in the meantime, check out the band’s video for the previously released EP I track “Canyon”.