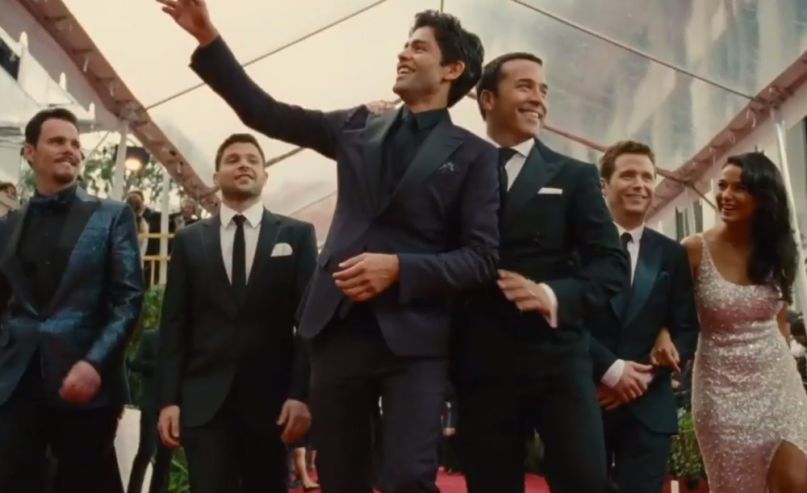 While December’s teaser gave us brief glimpse into the film, this latest three-minute clip offers a closer look at a few more of its plot points: E and Sloan are having a baby; someone’s private sex tape is about to hit the Internet; and Lloyd’s getting married. Additionally, the new trailer teases cameos from Calvin Harris, Liam Neeson, Kelsey Grammer, Pharrell Williams, George Takei, and Tom Brady.