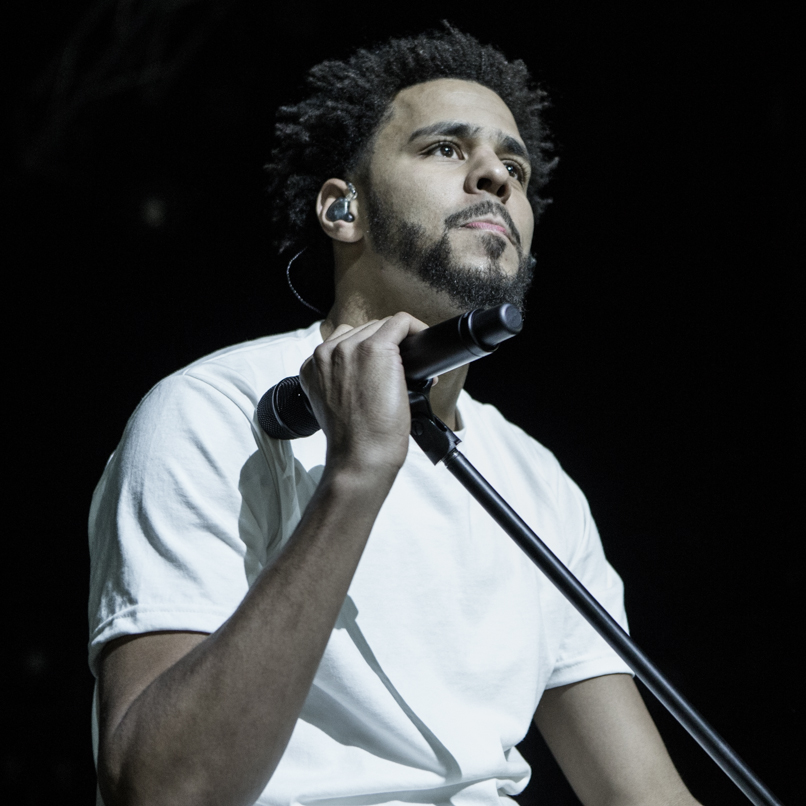 The Observatory in Santa Ana is a 1,000-cap. room that sometimes books way out of its weight class. It clearly has a better eye for talent than its competitors, the House of Blues and the Grove, both in Anaheim. Being the only venue of its ilk in Orange County allows for this and creates situations where they land someone like Morrissey right before he plays an arena in Los Angeles (which led to the infamous Paws incident). Often, a performer will sell out the Observatory right before selling out a venue twice or four times the size in Los Angeles, about a 40-mile freeway ride away. And these situations, whether it be Mac Miller or Schoolboy Q, make for a packed, sweaty house, where only the truest of fans can legitimately enjoy the experience.

All that said, J. Cole’s sold-out Sunday night show might have been the wildest of them all. Massive lines gathered outside the venue before showtime; once cleared, they left behind pizza boxes and soda cans and empty bottles, resulting in the amount of trash you would normally see after the performance, not just after the line to get in. Venue security and staff already seemed a little shell-shocked, looking like bar staff at 1 a.m. on Halloween. The J. Cole show pushed the little venue about as far as it should be pushed, maybe further.

Inside was just as crazy, with barely maintained order and no walkways preserved. And though it could be kind of a drag for the people in the back, the ecstatic fanbase was totally game for the experience, as they were able to get much closer to Cole than at the spots he typically plays these days.

For their show, Cole proceeded to play his newest album, 2014 Forest Hills Drive, from front to back, which the audience was noticeably thrilled to hear. Cole’s latest is the fastest-selling of his career, having nearly moved a million copies in just its first three months. There was little doubt that the fans were deeply familiar with the affair, reacting nearly as much to his most provocative and repeatable lyrics as they did to his gestures for increased participation.

Maybe the most impressive thing about the evening, though, was how the audience’s love of Cole extended to his support, which consisted of his label’s roster. Cole’s Dreamville has three non-Cole signees, and all performed ahead of his set. The audience was deeply familiar with the work of Omen, Cozz, and (the best among them) Bas. It played extremely well, serving Cole’s set to get the audience more hyped, while showcasing three talented, rising rappers, all of whom could conceivably make a push for headlining their own shows in the years to come.

At one point, all three rappers and many of their friends took to the stage to throw T-shirts into the audience and chant, “We made it.” From the line outside to the intensity inside, the chant’s relevance extended beyond the openers and to the headliner as well. Cole has made it beyond small gigs like this. While it may be nice experiencing a more intimate set one last time, when he plays arenas later in the year, the large stage will be much more comfortable for everyone.