Should we be as wary as Tinseltown? 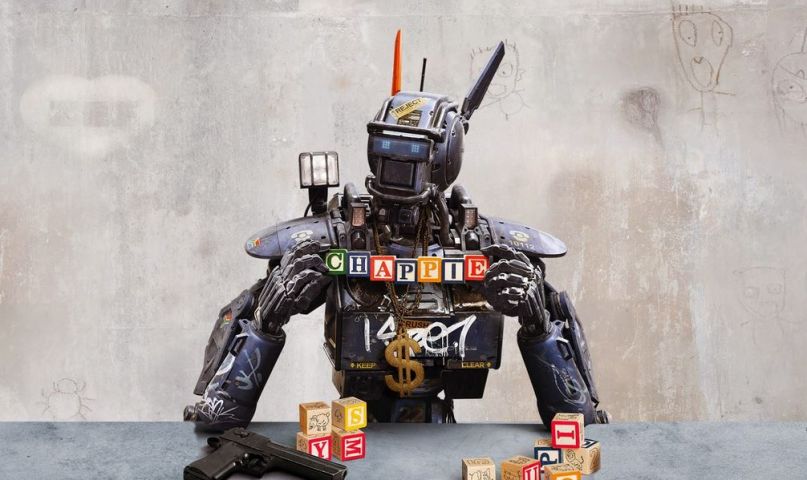 With movies like CHAPPiE, Ex Machina and Avengers: Age of Ultron premiering soon, 2015 will inevitably be the year of robots. However, this is definitely not a new theme. Classics like the Star Wars series and 2001: A Space Odyssey have illustrated humanity’s interaction with technology and how we would potentially react to artificial intelligence. But what does this say about the fears we have in an era where computers have become essential assets in our everyday lives? Where do these machines fit in when we have so evidently expressed our fear of them in the past?

Stephen Hawking’s recent expressions of fear over artificial intelligence ending the human race has generated discussion over the actual repercussions of the advancement of this technology. Many are wondering if these fears are warranted and if technology really does threaten humankind. With recent developments of robots who are able to work as housekeepers, nurses, and actors, there is no question that artificial intelligence will infiltrate homes, jobs, and entertainment. However, our fears go back further into the past and have constantly been reflected in film.

Hollywood’s technophobia stems all the way back to the 1920s with movies like Fritz Lang’s Metropolis. In this film, a megalopolis is sharply divided between the working class and the wealthy. The working class spends their time underground in a place full of machinery in terrible conditions. Metropolis portrays these scientific advancements as some sort of nightmare as one huge machine injures and kills several workers. Lang’s message is as clear as day: These machines will be the weapon that will destroy humanity.

Today, we are able to carry these weapons of destruction in compact form in our pockets. Although we have learned to live with computers, the internet, and devices related to this technology, that isn’t to say we have become completely comfortable with them. When computers started making their way into households, the entertainment business found a way to demonize them. Films like WarGames (1983) and Tron (1982) depict the frightening capability that personal computers potentially possess, showing the evil behind the computer screen (quite literally). Even now, in the 21st century, Hollywood has made technology the antagonist in many films.

In the upcoming film CHAPPiE, the future has been taken over by oppressive and controlling artificial intelligence. A mechanized police force patrols the streets, enforcing the law on wrongdoers. After the authorities find out that a single police droid, Chappie, is given new programming that lets him think and feel for himself, they stop at nothing to eliminate him. Though the film seems to depict both positive and negative implications of artificial intelligence, it appears that the general notion centers on the ethics behind this advance in creating sentient machines. And although we haven’t developed robots as far as some of these movies predict, they could be some indication of where we might end up.

Some scientists have been teaching robots to lie. Although robots have been able to physically replicate human motions, behavior seems much more threatening. The development of deception seems to be the first stepping stone in a robot’s sentience. This is why it is not surprising that a project set up by Google has shown that their neural network has been able to learn on its own. With advancements like this, it’s no wonder movies like CHAPPiE explore the possibility of completely sentient and autonomous robots. Robotic police enforcement could even be a possibility in the near future.

A different perspective on artificial intelligence is displayed in the latest installment of The Avengers series. Here, the take on robot sentience is clearer. Our heroes take on the challenge of defeating Ultron, a robot that is hell-bent on destroying humanity. The technophobia in this film is apparent with the robot Ultron gaining self-awareness and deciding that humans are the enemy. The reflection of our current fears is depicted when we learn that Ultron makes it his mission to destroy humans and eliminate them from the Earth.

These fears are more than just the generic “robots take over the world” scenario commonly depicted in movies. It is the fear that artificial intelligence will take over our free will, identity, emotions, and values, and that we will lose our humanity in the process. Although science fiction has typically been more fiction than science, these films seem to depict actual fears in light of technological advancements. We have moved far beyond the fear of computers taking over the world — we already live in that sort of age. Of course, current technology has done wonders for us. Leading companies, from Brinks Home Security to Logitech, show us that there is no limit to what technology can do for us.

However, thinking that artificial intelligence can do any task that humans can in the near future is terrifying. Considering government surveillance, security and privacy issues, and the possibility of losing our jobs to these robotic beings, we have a right to be afraid that artificial intelligence will take over our lives. It seems that it’s starting to with all kinds of smart appliances and robotic developments. Until that happens, however, we won’t be able to predict what the future holds for humanity and artificial intelligence. Let’s just hope it doesn’t end up with Ultron.