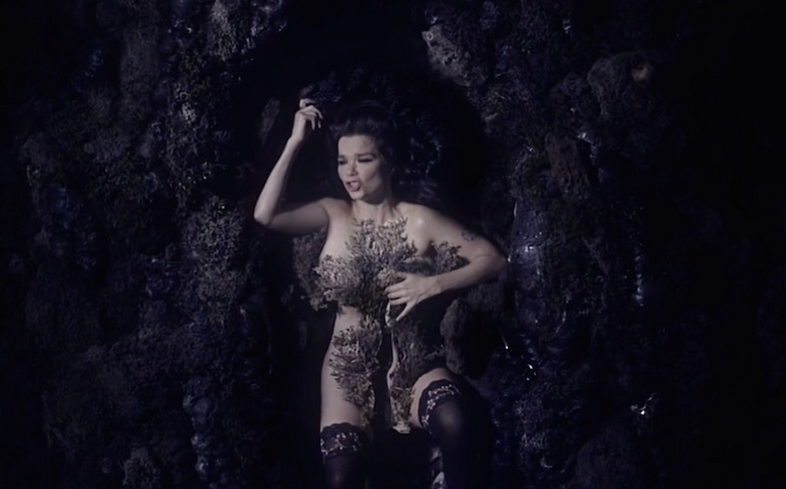 “I asked Björk for the first time in 2000 if she would be thinking, considering about doing an exhibition in the contemporary art world,” MoMA’s Chief Curator at Large Klaus Biesenbach explains, “and her question was ‘How do you put music into a frame and how do you put it on a pedestal?'” To that end, Biesenbach set about creating an exhibition in “a visual museum that’s obviously primarily about music.”

“What really structured the collaboration was I said, ‘We will do this retrospective in 2015, but it will be a retrospective looking back at where you will have arrived in 2015,'” Biesenbach says. “I hope that a visitor will take away that music is as personal as it is art.” Check out the inside look below