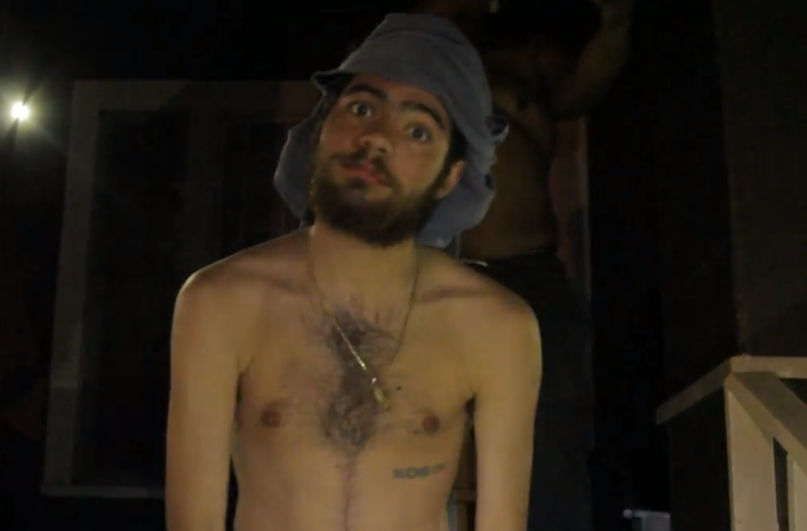 On Sunday evening, Bay Area rap weirdo Antwon, Ratking wordsmith Wiki, Trash Talk frontman Lee Spielman, and Detroit producer/Danny Brown’s touring DJ Skywlkr gathered in Los Angeles to record and create a video for “Squad Deep” in less than 24 hours. All documented on Twitter, the process seemed to be a generally enjoyable one, and rap fans now get to reap the benefits of their labor.

Antwon’s “Might just go give my bitch neck/ Afterwards show her respect” line cements him as a true 21st century casanova, while Spielman provides a hook that proves he should be given the opportunity to do so more often. Wiki slows things down from his normal pace, but the result is no less satisfying than his usual fare. It all takes place over a contemplative beat from Skywlkr, whose range seemingly knows no bounds.

Meanwhile, the video shows the two rappers shirtless on a stoop, mugging for the camera and using stacks of cash as phones, as Spielman thrashes around in a La-Z-Boy during his interludes. Skywlkr presumably shot the video, because it literally seems like this was made by just four dudes smoking weed and having a good time. Watch below.