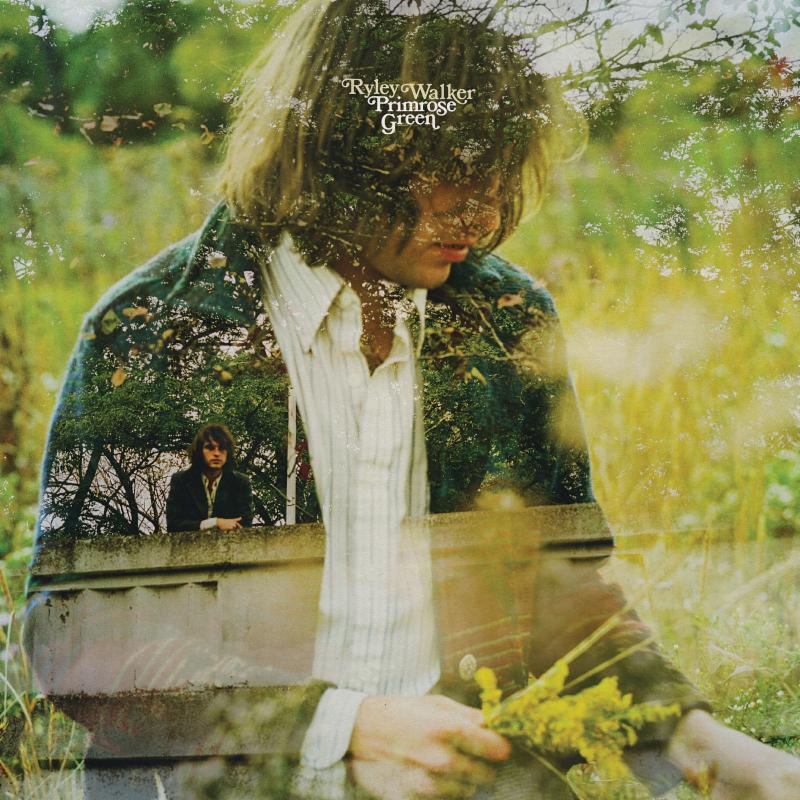 On first listen, it’s easy to mistake Ryley Walker’s sophomore album as the forgotten effort of a heralded ’60s British folk-jazz quartet. Opening with its earthy title track, Primrose Green whisks listeners back several decades. The Chicago songwriter wields his guitar with masterful ease. It’s more than an extension of his body — it’s an extension of his imagination. His fingerpicking style takes off on its own, ambling down a path, kicking pebbles and scuffing its heels, too busy looking up at the sky and wondering how large it really is to be concerned with where exactly it’s headed. It moves comfortably at its own pace, all the while blissfully unaware of its own complexity.

At just 25 years old, Walker is seemingly decades ahead of most of his contemporaries in both technical skill and composition. The fingerpicking on “On the Banks of the Old Kishwaukee” wanders with a tumultuous spirit. Walker is wedded to his instrument — so much so that he was once fired from a job at Jimmy John’s for practicing in their walk-in freezer. That discipline eventually brought him to lacquer his fingertips at cheap salons in pursuit of a smoother sound. Several years later, he can last through dizzying codas on “Same Minds” or cheeky Irish licks on “Griffiths Bucks Blues”.

Who knows where he learned it, but Walker is hyper-aware of his vintage folk precursors. From the Nick Drake simplicities of “Love Can Be Cruel” to the Van Morrison weight of “All Kinds of You”, he follows up his debut album (also titled All Kinds of You) by burying himself deeper in the ’60s folk of Tim Hardin and John Fahey, coupled with free jazz wanderings. It’s a history well noted and well tailored to his songs.

Much of the reason Primrose Green can stand on its hind legs is because of the ornate work of Walker’s backing band. Walker’s decision to bring jazz musicians on board came from careful observations of the folk giants before him. John Martyn had double bassist Danny Thompson; Tim Buckley had guitarist Lee Underwood. Their folk sessions saw jazz musicians wandering into the studio beside them, wringing out a final product littered with improvised licks. Similarly, Walker has guitarist Brian Sulpizio and pianist Ben Boye. Primrose Green coalesces bare pastoral swirls of upright bass and dreamlike piano with the kind of background chatter you would find at a coffee shop. Joined by cellist Fred Lonberg-Holm, drummer Frank Rosaly, double bassist Anton Hatwich, and vibraphone player Jason Adasiewicz, Walker incorporates improvisational jazz without compromising the album’s folk core.

Whereas William Tyler, Steve Gunn, and Daniel Bachman create long, instrumental escapades, Ryley Walker does the same but with hearty vocals added to the mix. His voice scratches with an undercurrent of soul on “Summer Dress”, washing up against the shores of Bert Jansch. What he does differently, though, comes in his looser tone. Every rustic growl etches curlicues into the song’s core. Even the explosive electric fuzz that interrupts “Sweet Satisfaction” fits snugly thanks to his clear calls that howl over it all.

Ryley Walker, much like his contemporaries, isn’t trying to build an image. That’s how he belies his age. He’s the nondescript, shaggy-haired musician who looks like any other 20-something with an acoustic guitar in his bedroom. But when he’s got a microphone in front of his lips, he transforms into a man twice his age. Walker couldn’t care less about who’s who in a world of competing buzz and social media politics. He isn’t looking to have a billboard face that draws onlookers into his set. Walker wants to jam, and if you want to listen while he does so, that’s fine. He doesn’t care if you applaud. He doesn’t care if you even remember his name. For Walker, it’s about breathing life back into ’60s folk until it bursts with springtime charm, and Primrose Green is 2015’s ultimate encompassment of that sound.