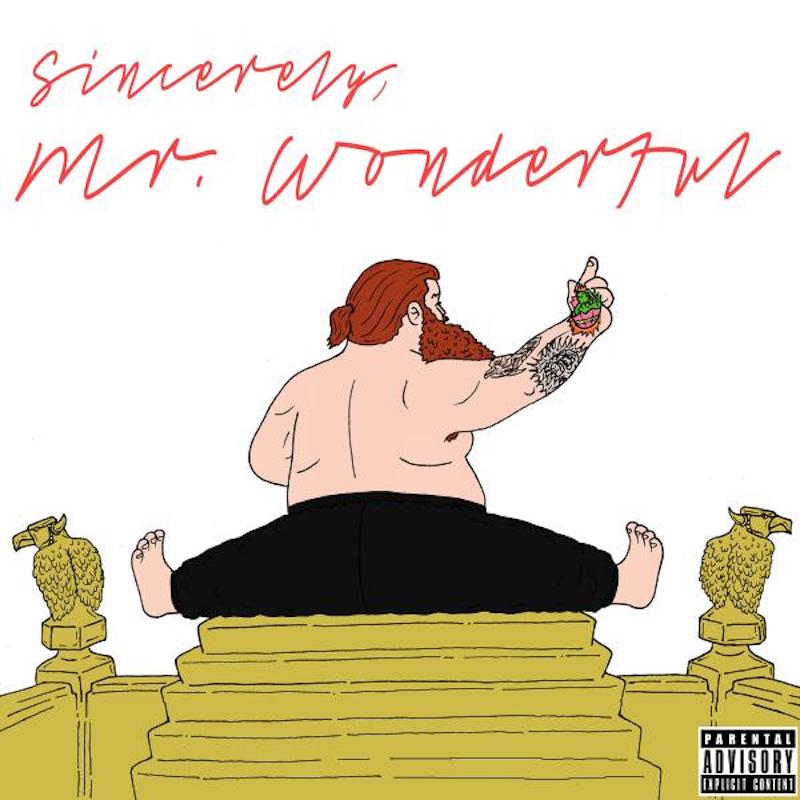 I’ve always gravitated toward rappers whose personality outweighs their lyrical precision. That’s not to say I like goofy rappers who can barely string a sentence together, but I’d take Young Thug over Jay Electronica any day, because for me, hip-hop is about the feeling you get from it. I appreciate both sides of the coin, but for an art form that has so much creative wiggle room (you can introspectively reflect on racism or you can wax about how much you love the coco), I’m always drawn to the song I can nod my head along to and laugh at the audacity of whoever is rapping at me. That’s why I love Action Bronson. As Dan Patrick would say of Bronsoliño’s personality, “You can’t stop him, you can only hope to contain him.”

Bronson is a wild man, seemingly without a filter and carrying in his bearded dome a wealth of culinary knowledge, pop culture references, and obscure sports figures to name-drop. His charisma has earned him a fiercely loyal fan base that has enabled him to tour the world, sign with Vice and Atlantic Records, and host his own web series documenting his succulent cuisine adventures. Four years after stepping up to the plate, Bronson has released his major label debut, Mr. Wonderful, and it’s a line drive off the wall that could’ve been a home run if Action hadn’t fallen down on his way home.

This is a dynamite album, which is to be expected from someone so prolific and well-liked, but it isn’t the best album Action could’ve made. There are moments of genius: “Falconry” is a summer-soaked slapper with a beat that makes it sounds like Action took acid and found himself helming the pipe organ at a Mets game, and it also features the best Big Body Bes interlude on the album (“3:36 in the morning, location: a drug-infested area”). Get ready to hear that bursting out of car windows come June and July. But that track is followed by “THUG LOVE STORY 2017 THE MUSICAL”, an interlude where Action requests (and receives) a song from a guy on the street about a love lost to said streets.

It’s not rare for Action to have asides like this, but it goes on for too long, and that’s the problem that this album suffers from most. There isn’t enough of the Action fans have come to know and love. Sure, this guy singing about his missing special lady makes for an interesting and thoroughly New York addition to an album from a spectacularly New York artist, but we don’t need so much singing on a rap album. Too often Bronson falls into the sing-songy thing we’ve seen from him before. “Brand New Car” samples Billy Joel’s “Zanzibar” and got the go-ahead from Joel himself, but it’s one of three songs on the album where Action attempts a croon and misfires. It’s admirable to listen to him try, and certainly endearing when he struggles to maintain key, but if one aspect of Action is going to shine on his major label debut, let it be his knowledge of wrestling and cuisine, not his dreams of being a rapper who can sing, too.

“Baby Blue”, featuring Chance the Rapper, produced by Mark Ronson, and co-written by Zane Lowe, is one of three songs Action sings on, and the delightfully petty breakup anthem is the best of them. Bronson excels over a piano-driven beat, which could have something to do with his kinship with the Piano Man. Chance steals the song with his laundry list of things he hopes will happen to the girl who romantically maligned him (“I hope your titties all saggy in your early 20s/ I hope there’s always snow in your driveway”). “Galactic Love” is old school Action, something that could’ve been a deep cut from Dr. Lecter, and features one of the dirtiest bass lines in recent memory. It’s also important for Action’s world-building, as we get to hear a few recorded phone conversations with his mom where she calls out every other rapper for not being as good as her son and he asks how her knee is. Rap is a tough man’s game, and it takes some guts for Action to put this everyday conversation with Mom on the track and then lament being typecast as a romantic lead by Paramount (which I could totally see).

Singles “Easy Rider” and “Actin’ Crazy” are both standouts in that they sound the most like the Bronson we expected from this album. The moments when his personality and lyrical maneuverability are the focal point are when the album is at its best, but along the way it gets bogged down. There are lyrics here that stand out among the best he’s ever let loose (“I had dreams of fuckin’ Keri Hilson in my Duncans/ Woke up naked at the Hilton with a bitch that look like Seal’s cousin”), but Mr. Wonderful could have used more focus on the man at the center of attention.