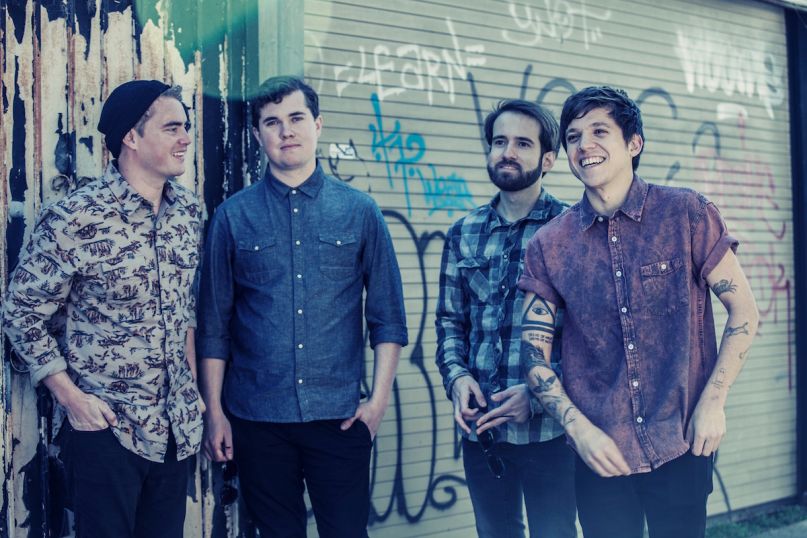 Surfer Blood will return with a new album, 1000 Palms, on May 12th. Due out via new indie label home Joyful Noise, the LP is meant to be a “return to Surfer Blood’s DIY ethos,” following the major label release of 2013’s Pythons. According to a press statement, the indie rockers self-recorded and self-produced the record in their hometown of West Palm Beach, Florida.