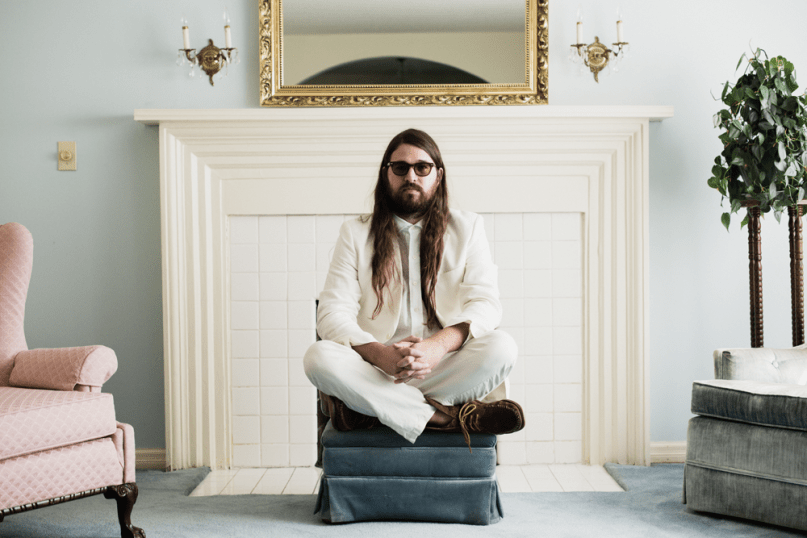 Today marks the one-year anniversary of the death of actor Philip Seymour Hoffman. To commemorate the Academy Award winner and his legacy, CoSigned singer-songwriter Matthew E. White has penned a tribute track entitled “Tranquility”, which also serves as the latest single from his upcoming album Fresh Blood.

First previewed as part of the album’s teaser trailer, the full version of “Tranquility” is an absolutely stirring ballad, marked by hushed, almost whispery vocals and the pained wailing of slide guitar. In an accompanying statement, White described his admiration for Hoffman and how those sentiments translated into “Tranquility”.

A year ago today we lost Phillip Seymour Hoffman. I didn’t know Phillip, but I had watched everything he did for 15 years. To me, he was everything one could ever want to be in an artist, and although I am no actor I was much more of a student than a fan. Very soon after his death it became crystal clear to me that I wanted to try very hard and write a song for him. He deserved something from me, something that honored him, and showed how grateful I was for all he had given. His death was immensely sad and as deaths such as these go, leaves us crushed that a life so bright has been dimmed. There is a duality in these circumstances, it’s a place where we find darkness in the light, but more powerfully, we find light in the darkness. I tried to find music that felt the same.

The follow-up to 2012’s Big Inner, Fresh Blood is due out March 10th via Domino Records. For more, check out lead single “Rock & Roll Is Cold”.