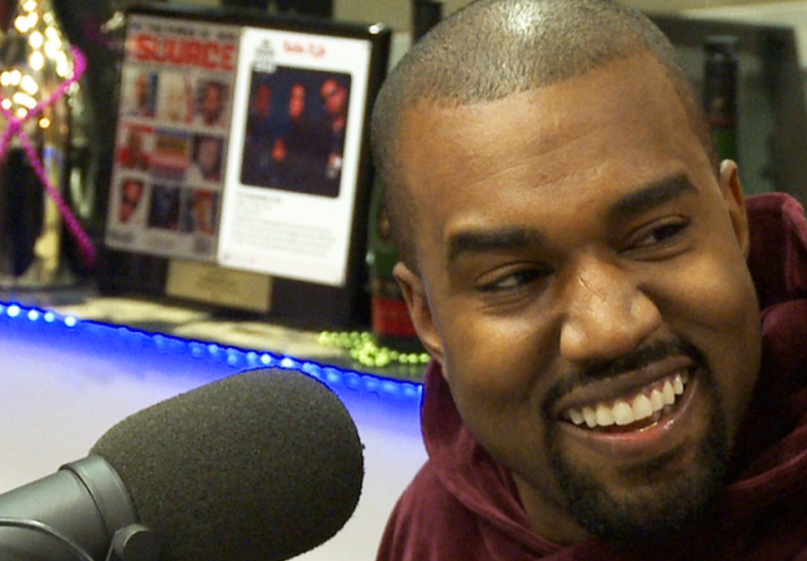 This morning, Kanye West appeared on the New York radio station Power 105.1. He answered questions on a wide range of topics, including his new album, collaborating with Drake and Taylor Swift, his comments about Beck winning the Grammy for Album of the Year, and more.

— Yeezus was “protest music … I’m gonna take my ball and go home.” He said of his new album, “[It’s gonna be] bars, songs, cookout music that just feels good … This album is embracing the music, joy. Being of service to the people. I just hope people like it and enjoy it.” Kanye explained that the album is “80% done” and he’s hoping to finish it as soon as possible. He hinted that he’ll follow Beyoncé’s lead with a surprise release, saying, “release dates are played out.”

— Kanye said his new single “Wolves” was inspired by conversations he had with Drake about a collaborative album called Wolves. They sent beats to one another, but the project has yet to come to fruition (though it remains a possibility). A track featuring both rappers could appear on Rihanna’s new album.

— Kanye admitted he hadn’t heard Beck’s album prior to his Grammy rant. The first time he heard it was while dining out with Taylor Swift in New York this week. He thought it was “pretty good.”

— Kanye’s father encouraged him to not comment on the tragic killings of Michael Brown and Eric Garner. “My dad emailed me and said ‘stay out of it.’ That’s my only parent, so I have to listen … I think he’s trying to be protective of his son. I can’t run in front of every single bullet.” However, Kanye said the topic will be addressed on his new album.

Watch the full interview below.