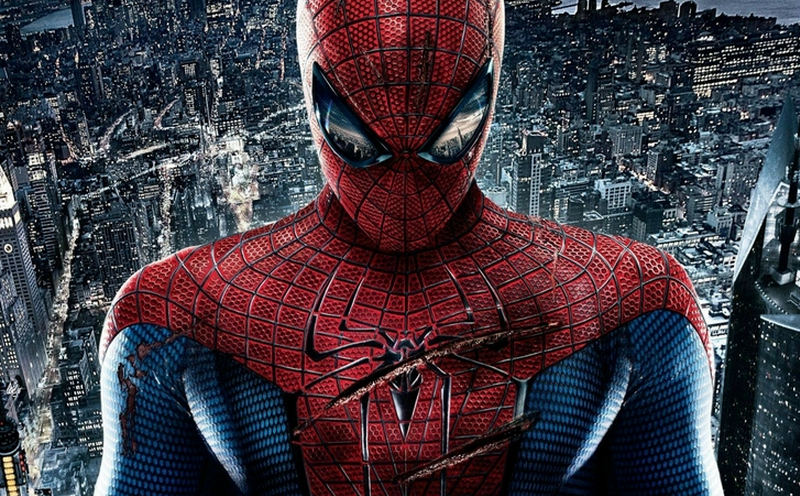 Sony Pictures and the Disney-owned Marvel Studios have struck a deal that will bring Spider-Man to the Marvel Cinematic Universe for the first time. Talk of such an agreement has been going on for years, with rumors percolating as recently as last month. But take heart, true believers, because this is the real deal.

A brand-new version of the web-slinger will appear in a forthcoming Marvel film. Which film that may be wasn’t revealed, but odds are good it will be Captain America: Civil War, as the character played a major part in the comic storyline of the same name. (Robert Downey Jr. is already confirmed to be bringing his Tony Stark/Iron Man to that film, due May 6th, 2016.)

Update: Wall Street Journal has it from “person with knowledge of the matter” that Spider-Man’s first MCU film will indeed be Captain America: Civil War. They also note that the Sinister Six spinoff film featuring Spidey’s biggest baddies is still in development with Drew Goddard to write and direct, though it has been pushed back from its original Novermber 11th, 2016 release date.

After the relaunch, Sony will release a solo Spider-Man film on July 28th, 2017, produced by Marvel’s Kevin Feige and out-going Sony Pictures Entertainment Chairperson Amy Pascal. The one time rivals will “collaborate on a new creative direction for the web-slinger,” said the companies.

Feige said of the deal, “Marvel’s involvement will hopefully deliver the creative continuity and authenticity that fans demand from the MCU. I am equally excited for the opportunity to have Spider-Man appear in the MCU, something which both we at Marvel, and fans alike, have been looking forward to for years.” “This is the right decision for the franchise, for our business, for Marvel, and for the fans,” added Michael Lynton, SPE’s chairman and CEO.

Under the deal, Sony will retain final creative say on the character and continue to finance, distribute, and own the new solo films. Still, Spidey’s last foray onto the big screen, The Amazing Spider-Man 2, was the lowest-grossing film in the franchise’s history and a critical disappointment. With Marvel’s unprecedented success record, the new partnership may finally get one of comic’s biggest characters back on the right track.

As a result of the 2017 Spider-Man film, Disney has shifted the dates for some of the movies in Marvel’s Phase 3 cinematic slate. Thor: Ragnarok will be pushed back from July 28th to November 3rd, 2017, a spot previously held for Black Panther, which will now see a July 6th, 2018 release. The dominoes continue as that pushes Captain Marvel to November 2nd, 2018, meaning Inhumans will now hit theaters on July 12th, 2019. The two-part Avengers: Infinity War — which also happens to be the next logical place for Spidey to show up — gets to keep its May 4th, 2018 and May 3rd, 2019 release dates. Since both films have 2016 release dates, Captain America: Civil War and Doctor Strange (November 4th) won’t have to move.