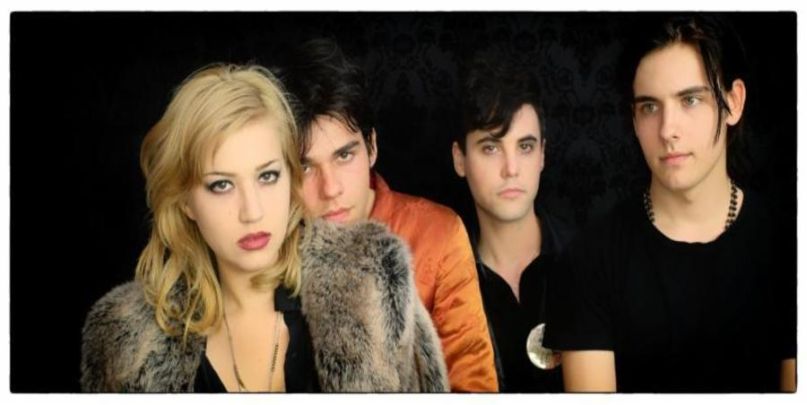 Though the band is still largely an unknown commodity, the members of Gateway Drugs have an impressive rock ‘n’ roll pedigree. Gab, Noa, and Liv Niles are the children of bassist Prescott Niles, whose band The Knack is behind the 1979 classic “My Sharona”. More recently, they found an ally and collaborator in former Blind Melon member Christopher Thorn. Not only did he secure Gateway Drugs studio time in Dave Grohl’s Studio 606, but he also serves as executive producer on the band’s full-length debut. Described as a “controlled cauldron of total rock ‘n’ roll inspiration,” the resulting Magick Spells LP arrives on March 3rd via Cobraside.

The album’s latest single, “Fridays Are For Suckers”, proves that the band is plenty capable of standing on their own feet. They do so with a riveting sound that blurs basic genre lines, combining loads of studio fuzz, downtrodden emo lyricism, shambolic garage rock rhythms, and a bit of punk-ish spontaneity into a ballad that’s as vulnerable as it is rollicking. Listen in below.

The band also has supporters in the recently reunited Swervedriver, who recently tapped Gateway Drugs as openers on their spring US tour. Consult the full schedule below.