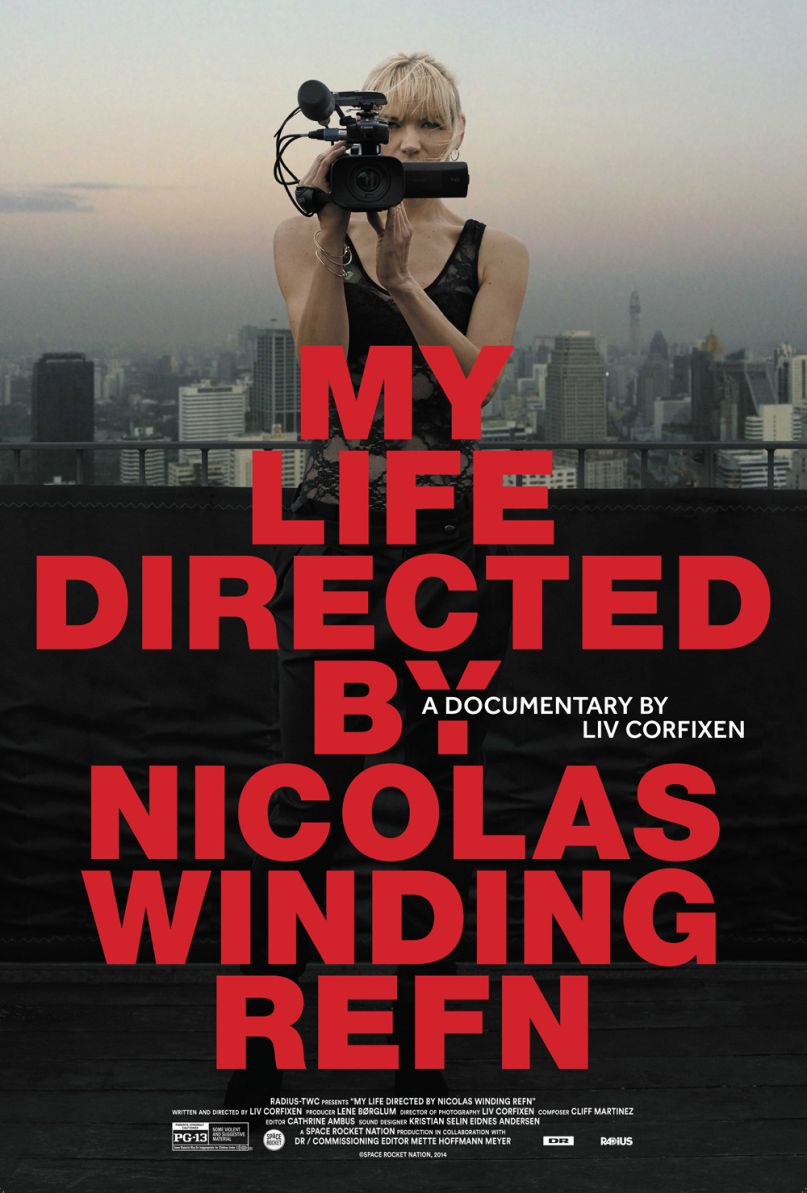 At roughly 60 minutes and with the Weinsteins distributing, one has to assume that My Life Directed by Nicolas Winding Refn is something special. Liv Corfixen directed this doc about her husband, the famed international art-house sensation Refn. Like, Making ‘The Shining,’ by Vivian Kubrick was the same concept: private, intimate access to the inner workings of a filmmaker in his prime. But that wound up on DVD. It could’ve made the rounds in theater it was such a fascinating fly-on-the-wall experience. Or what about Eleanor Coppola’s footage from Hearts of Darkness? That movie’s wild! This Refn doc might be really cool. Especially for dweeby cineastes.

So what’s inside the mind of Refn? What drives him? Ooh, here’s a good one. He’s meeting with his music supervisor to listen to tunes that could help his latest project.

And then, as if struck by divine intervention:

And then it’s back to starting at the pink and white note cards of the production schedule.

Wait, that’s it? And there’s 60 minutes worth of this kind of passive commital? Hoo boy.

My Life Directed by Nicolas Winding Refn is just like that. As it chronicles the making of his 2013 audience-divider, Only God Forgives, we’re privy to a lot of really boring filmmaking stuff. What separates this from any extended behind-the-scenes is the fact that Refn’s wife, Liv Corfixen, is behind the lens, and her tested patience really comes across. The best scene is a skeptical Ryan Gosling looking at the camera while Refn tries to articulate his film’s use of violence. We feel you, Gosling.

While this might make for great film studies fodder, the whole things smacks of aimlessness, and again, lacks insight. If it’s about artist’s ennui, something in particular strikes too close to him. Refn doesn’t feel like the victim of existential dread or bottled, struggling genius. He has petty quibbles with his wife, wastes time looking at shot framing, just looking for anything interesting to say. It’s got all the intensity of a home movie. In fact, if not for Cliff Martinez’s moody, connective score, you’d swear this was an iMovie. Refn bemoans being labeled as the “guy who made Drive”; Von Trier isn’t stuck being the “guy that made Breaking the Waves,” the director says. There’s something in this director’s ineffectual demeanor that could fascinate a Refn diehard, but that’s hardly ample documentary filmmaking. Refn’s a divisive and distinct director for sure, but he just doesn’t make for interesting material.

Mind you, Refn’s inner struggle is his own, and it’s very real. He doesn’t need to be a star here, but the film doesn’t get to him beyond snippets. My Life Directed by Nicolas Rinding Refn just makes the director seem so tedious. The doc has healthy skepticism of his process, as it should. His wife is the director after all. But there’s little more to it than that. Hearts of Darkness got to Coppola’s megalomania, Burden of Dreams Herzog’s hysteria. Refn shows Refn’s, well, constipation.

Listen, the guy can make a movie and get your attention, but maybe this is a sign he should stay behind camera. There are no emotional revelations or profound moments of creative play, but at least it’s an honest doc. It doesn’t have anything interesting to say, but it shows some neat stuff about movie making. My Life Directed by Nicolas Winding Refn’s only real problem is its subject.