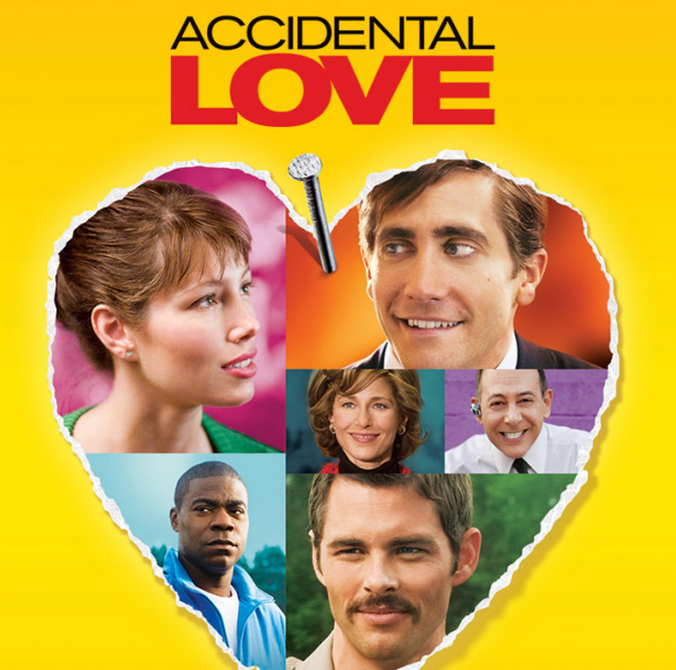 James Caan, you win. In 2008, the veteran actor walked off David O. Russell’s set, citing “creative differences” with his character’s death. The film? Nailed, a political farce about the United States’ health care system loosely based on a 2004 novel written by Kristin Gore, whose father you can call Al. Starring Jessica Biel, Jake Gyllenhaal, James Marsden, Catherine Keener, Tracy Morgan, and featuring over a dozen veteran cameos, the film was to be in the vein of O. Russell’s smart comedies like 2004’s I Heart Huckabees or 1996’s Flirting with Disaster. However, delays and various funding issues forced the director’s hand, and he too washed his hands of the project.

“This has been a painful process for me,” O. Russell explained to The Hollywood Reporter in 2010. “The multiple production delays and stoppages, which were caused by David Bergstein and preceded Ron Tutor’s direct involvement with me, have now spanned two years, and the circumstances under which the film would now be completed are much different on several fundamental levels than when we embarked several years ago. I, unfortunately, am no longer involved in the project and cannot call it ‘my’ film. I wish Ron Tutor well.”

Nothing ever dies in Hollywood, and so last year, an edited version of the film was curiously picked up by indie distributor Alchemy, formerly Millennium, who then retitled it Accidental Love. “People are expecting to see a broken film, and it’s not,” producer Kia Jam, who assembled the wreckage, told Entertainment Weekly. “We tried very much to be respectful of the creative forces behind it.” Here’s something to chew on: How do you respect an artist’s work that’s both incomplete and bereft of any creator? (The film’s now credited to the non-existent Stephen Greene.) This is what makes Accidental Love so difficult — and pointless.

The film shouldn’t exist, and really, there’s no need for it. It’s dated, it’s sloppy, it’s mismanaged, and it’s tone deaf. What should have been a smart political farce is instead a slapstick nightmare, record skip and all, whose laughs are too dependent on volume. Biel plays a young Midwesterner who gets a nail lodged in her head amidst an engagement dinner at a fancy restaurant under repairs. When she arrives at the hospital, she learns the doctors can’t treat her because she doesn’t have proper health insurance. From there, the story crumbles into an exhausting tirade against Capitol Hill with a band of manipulative misfits who all deserve to be driven into the ocean rather than toward its Capra-esque ending.

Not even camp can save this sickly production, which is quite odd given the story’s asinine quirks: Biel turns into a foreign language-speaking nymphomaniac at the push of the nail; Gyllenhaal joins a forested cult when he abandons his political party; while the evil Keener is ludicrously adamant at getting funding for a malicious military moon base. And despite an inspired supporting cast of veterans, which includes Kurt Fuller, Paul Reubens, Kirstie Alley, James Brolin, and Allison Janney, nobody registers as a human being. They’re all insipid cartoons that ricochet across the room without any accountability or substance.

As such, Accidental Love is a nail-biting chore to slough through, and at 104 minutes, a painful one, too. What’s worse is that the producers are still trying to sell this as a joyful, collaborative production. No, seriously: The film’s credits squeeze in a number of bloopers and some behind-the-scenes footage as if, hey, it was all good, clean fun. Who are they kidding? This is a trainwreck that should never have left the station. It’s ironic, though; at one point in the film, Marsden warns Biel: “You can’t fix a crazy brain with crazy thinking.” It’s a shame Hollywood refuses to learn the same lesson. After all, Caan clearly did.