Here's how you Boyle down a film 20 years later. 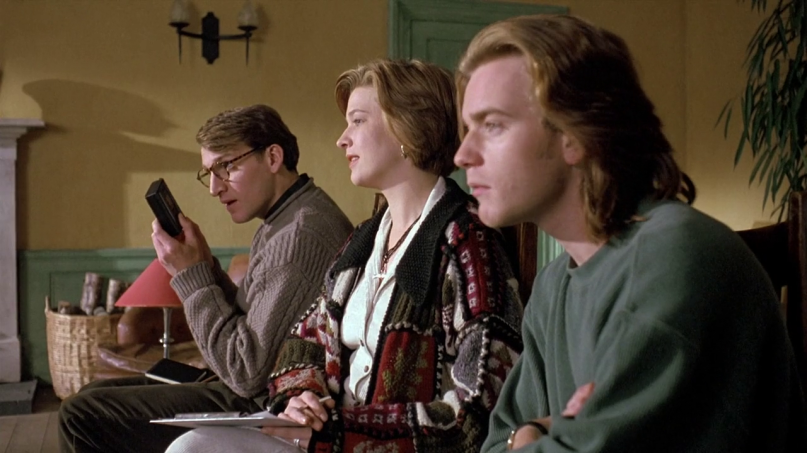 Welcome to the latest installment of DNA, a recurring feature here at Consequence of Sound. Once a month, we analyze early productions by storied filmmakers to examine their hallmarks, elements, and styles, charting what remained and what was left behind. This month, we’re celebrating the 20th anniversary of Danny Boyle’s 1995 feature film debut, Shallow Grave, a darkly comical, deviously scary thriller about three best friends being tested by a whole lot of money. Now grab a shovel, and let’s get on with it.

Shallow Grave is Boyle’s first film, but more importantly it’s the first pairing of Boyle with screenwriter John Hodge. The two would go on to work together on Boyle’s next three films (Trainspotting, A Life Less Ordinary, The Beach), a short film (Alien Love Triangle), and years later for Boyle’s 2013 full-length effort, Trance. In a 2013 interview with The A.V. Club, Boyle explains why he keeps working with Hodge: “When he was a doctor, he was in accidents and emergencies, so they see the most extreme examples of our behaviors and our pain, and yet have to keep a slight distance from it. They can’t get pulled in. And that’s the writer thing — they’re able to look at the extremes of human behavior and note it.”

The story for Shallow Grave is the first in a filmography full of “the extremes of human behavior” not just by Hodge but other movies within the Boyle catalog. In Grave, we meet three roommates (Kerry Fox, Christopher Eccleston, Ewan McGregor) as they search for a fourth to join them in their beautiful Edinburgh apartment. They find one, who goes ahead and dies shortly after moving in. The three of them discover a suitcase full of cash, so instead of reporting the body missing, they dispose of it and keep the money stashed in the house.

Believe it or not, money, paranoia, and betrayal drive the three roommates to various stages of hysteria. I won’t say much more, but these three themes are prevalent in several of Boyle’s films. A paranoid Renton (also McGregor) skips town at the end ofTrainspotting, stealing from his friends in the process. A Life Less Ordinary (hey, it’s McGregor again) is about a ransom, 28 Days Later sees its protagonists betrayed by an Army General (Eccleston!), Millions is about millions with a subplot similar to Grave (crooks on the hunt for the cash), and Trance returns to stealing, albeit art instead of printed currency. The extremes start with Shallow Grave.