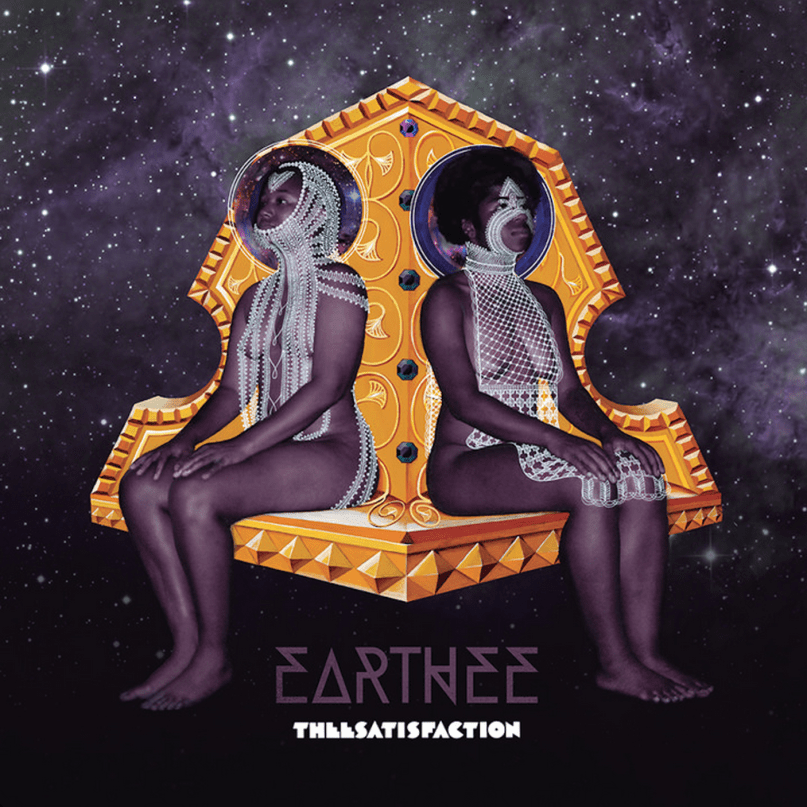 With EarthEE, THEESatisfaction, the R&B-and-more duo of Stasia “Stas” Irons and Catherine “Cat” Harris-White, almost make it easy on us but remain hard to place due to their genre-bending ways. At 44 minutes, the album is 50 percent longer than THEESatisfaction’s 2012 debut, awE naturalE, running the same duration as their friends Shabazz Palaces’ excellent space-rap odyssey Lese Majesty (minus the seven-suite structure). Sure enough, the first two singles, the partly chanted “Recognition” and then the more straightforward hip-hop of the title track, emerged as relatively full-bodied compared to the more fleeting moments of awE naturalE. Mostly, though, Irons and Harris-White are still working in fragments, still cramming the best of their ideas together until their fusion of sounds takes on an impressive identity of its own.

The longer track lengths don’t necessarily translate to a surplus of hooks or even songs that have a clear beginning, middle, and end — which sometimes works to their advantage. For the most part, EarthEE sounds like it’s suspended in midair, much of it blending together. Even Irons and Harris-White’s harmonies can sound inseparable from the beat beneath them, coming off like just another instrument, never competing for space. The voices of recurring collaborators like Shabazz Palaces’ Ishmael Butler and New York singer-songwriter Meshell Ndegeocello are woven into the mix so intuitively on songs like “Blandland” and “Universal Perspective” that you can see either artist joining the group full-time. It’s out of that seamlessness that memorable individual moments (the sweetened “so good” refrain on “Nature’s Candy”, for example) glisten without compromising the spectral unity of the whole.

It’s easy to want something more sonically specific from this duo. Enough versatility is exhibited throughout EarthEE to suggest that Irons and Harris-White could run with any genre they touch on. Particularly, their relationship with hip-hop could yield big results if it were to be fleshed out more; the title track, featuring one verse apiece from Irons, Seattle rapper Porter Ray, and Butler, shows the possibilities of that direction. In fact, with their lyrical themes of nature and individuality, it might be in Irons and Harris-White’s best interest to speak their piece as clearly as possible, and more verses would help that cause. But if listening to THEESatisfaction can feel like peering into a window, the best moments on EarthEE make you want to break the glass and absorb every thought that went into the architecture. It has too much surface ambiance to demand your attention — it’s a pleasant background album — but it welcomes and rewards it.