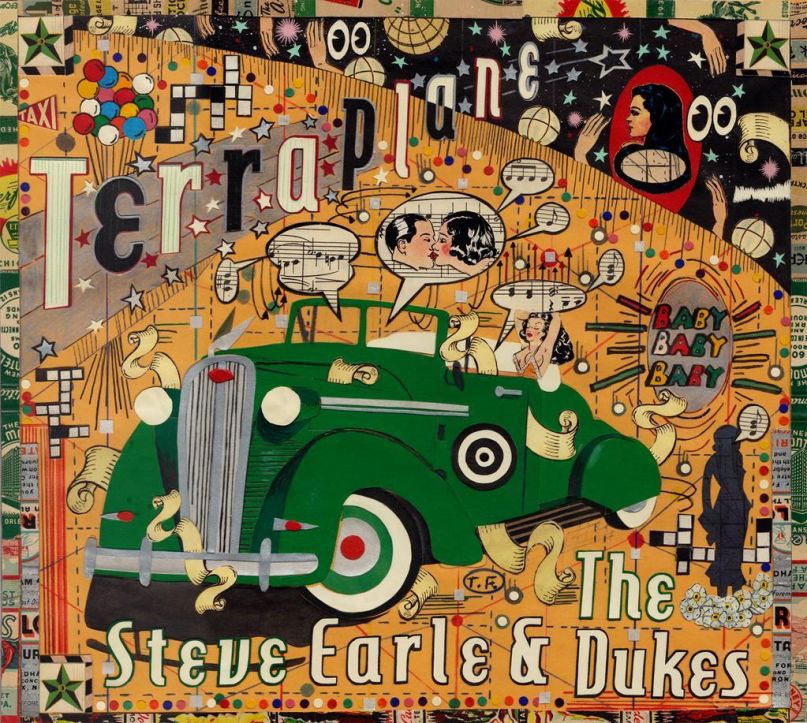 Steve Earle has a gift for articulating the plight of the downtrodden and misunderstood. A knack for stepping inside his fellow man’s boots and feeling the wear on the sole, the caked dirt between the treads, and the permanent awkwardness of the fit. This insight kept listeners riveted throughout 2013’s The Low Highway, as Earle reported back on the lot of small-town lifers, neglected war veterans, and the invisible homeless with both sympathy and a burning curiosity. By his own admission, the songwriter turns more inward on Terraplane. For Earle, that means the blues, music he credits as “the commonest of human experience, perhaps the only thing that we all truly share.” If Earle’s correct, the blues aren’t merely a condition but rather the human condition.

In that respect, Terraplane comes across as a mostly pleasant surprise. This is a blues album that opts to boogie rather than weep, celebrate not commiserate, as Earle pours himself into the genre’s tropes: pining for Ms. Wrong (“You’re the Best Lover That I Ever Had”); striking a deal down at the crossroads (“The Tennessee Kid”); and splitting a comical he-said, she-said duet with Eleanor Whitmore (“Baby’s Just as Mean as Me”). The real heroes of the album, though, are Earle’s backing band, The Dukes, who sound like a genuine blues outfit rather than a group trying to squeeze into the genre. The Dukes prevent this brisk record from ever becoming a slog, deftly shifting between gliding, fiddle-accented ragtime (“Ain’t Nobody’s Daddy Now”) and grittier, more rollicking fare (“The Usual Time”).

Earle’s songwriting on Terraplane resonates best when he’s able to invest as intimately in his own story as he does when singing about others. “Just don’t tell me you changed your mind and you’re gonna stay/ Can’t tell you what I’d do then/ ‘Cause I just can’t go through that again,” sings Earle with a tender gruffness during the heart-to-heart of “Better Off Alone”. We hear a shrug, a battered heart, and the steely reason of hard-earned wisdom all bundled into a single ragged voice. But that sentiment is as ephemeral as any other on Terraplane, and it’s not long before we find Earle heading for the Delta, sneaking out for a late-night rendezvous, or rambling down the road. “I’m howling like a gale, I’m whispering like a breeze,” he sings on “Acquainted with the Wind”, and if you’ve ever heard Steve Earle, you won’t find a better description of him than that lyric.

Essential Tracks: “Better Off Alone”, “Acquainted with the Wind”, and “Baby’s Just as Mean as Me”