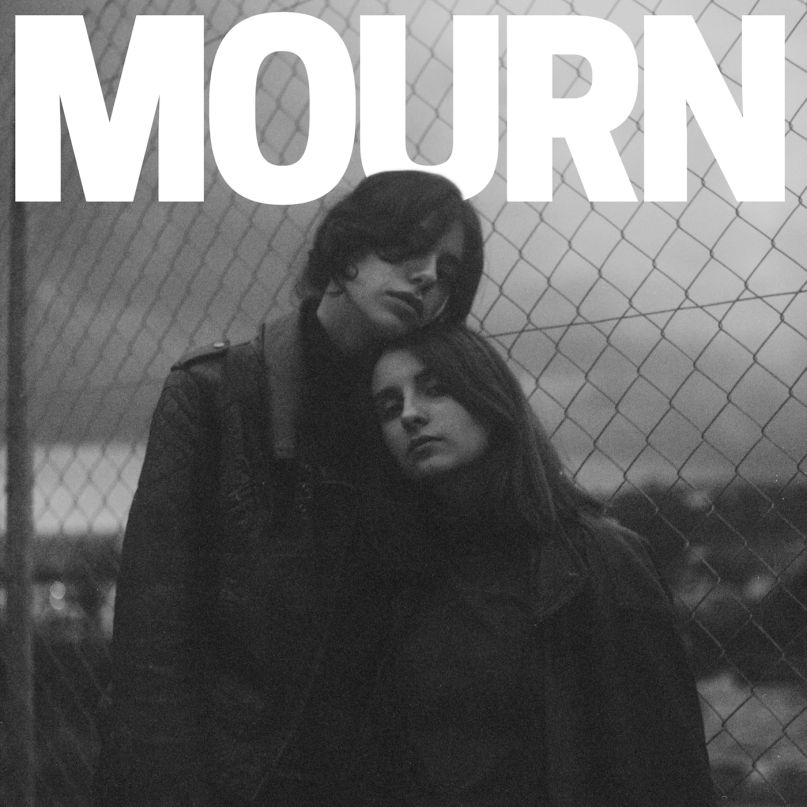 If you didn’t know the four members of Mourn were teenagers going into their self-titled debut album, there are telltales throughout the effort. The request on “Marshall” to “Shut up!” and “Step off!” burns with the fire of youth angst. Likewise, “Jack” turns from a simmer to a boil as the dual fronts of the band, Carla Pérez Vas and Jazz Rodríguez Bueno, exclaim, “You called me a baby, I just say ‘Fuck you.’” The response is clear-eyed and unapologetic, enough to make you fear for anyone to call these women “baby” again.

While there might be some immaturity in the reactions on Mourn, it is also completely fair and in the moment and empowering to title a song “Boys Are Cunts”. What makes the Catalonian group more than just angry young people (which, to be fair, is such a basic tentpole to rock and roll that being “just angry young people” shouldn’t be scoffed at) is their deep respect for their parents’ record collection. Growing up listening to music as diverse as PJ Harvey and Sleater-Kinney has resulted in the members of Mourn sounding like the logical torchbearers for these seminal outfits. Other times, like on the wailing “Silver Gold”, the quartet comes across like a less composed, more in-the-moment Warpaint, harnessing a wide range of emotions and synthesizing them into a complicated palette of self-expression.

The obvious question for Mourn is whether they can get past their youth-as-talking-point as they inevitably grow up. Right now, the foursome range from 15 to 18 years old, but the sophistication of their influences should make their transition into adulthood a smooth one. The Nirvana-esque “Otitis” and the album’s lone foray into three-minute-plus territory, “Dark Issues”, hint at the possibilities to come (“Otitis” even has a guitar solo). Sure, the stakes on Mourn seem slight. Hell, the entire album doesn’t even run half an hour, and that includes a bonus track. But you’ll be hard-pressed to find a band who knows who they are at such an early point in their career, fully formed but still willingly malleable, like a stained-glass window that can’t possibly hold its shape over time.