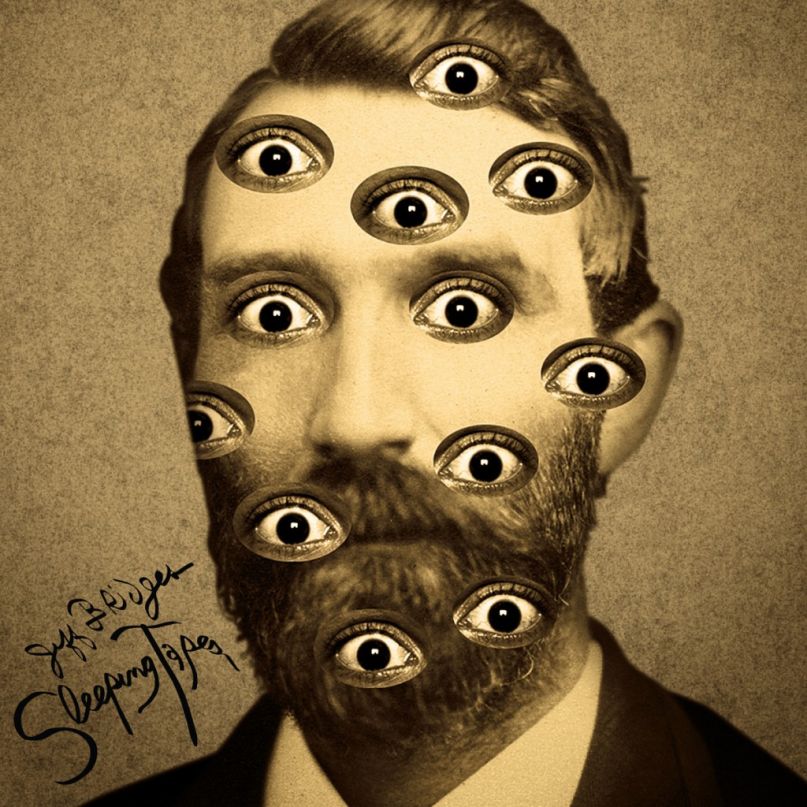 Jeff Bridges embodies everything that is right with the world and is my new best friend. In case you missed it, Jeff (I can call him that now) starred in a Squarespace commercial during the Super Bowl where he chants to a sleeping couple. That commercial directed viewers to go to DreamingwithJeff.com, where they could find his new album, Sleeping Tapes, streaming in full.

The album begins with an introduction where Jeff explains the idea behind the Tapes by breaking down the concept. His soothing voice and grandfatherly presence immediately set you at ease, as Jeff shares some of his favorite sounds. From here, the album takes you on a journey invoking the beauty in simple moments. On “Goodmorning, Sweetheart”, he includes a conversation with what I assume is his wife, Susan Geston, in an early morning moment. On “See You at the Dreaming Tree”, Jeff talks with children about their dreams. On “Feeling Good”, Jeff moves through a series of positive affirmations such as “I like your haircut” (thanks, Jeff!) and “You are very good at guessing when a traffic light will turn green.” (I am good at that!)

The real highlight, though, is the 11-minute guided meditation through Temescal Canyon. Here, Jeff encounters another hiker and encourages you to wave at him and then dubs him Neil. It doesn’t really matter whether “Neil” actually exists or if any of the things Jeff describes on the track exist. All that matters is the imagery that he weaves into what becomes a fantastic dreamscape full of ethereal pianos, Spanish doubloons, and hang gliding. Jeff’s gentle voice lulls you into a state of childlike wonder full of kindness and humanity mingled with whimsy.

In all, the recordings shape a very personal glimpse into the life of Jeff Bridges and invoke one of his best known films, The Big Lebowski. Immediately, I thought of the scene where The Dude, laying on his newly acquired rug, listens to the sounds of bowling strikes on cassette tape. Quietly funny, charming, and so quintessentially “Dude,” these recordings produce an unusual closeness with Jeff. He becomes not just a guide but someone to hold your hand through the dark as you go on this incredible journey of life. They tap into the Buddhist tradition of meditation to which Jeff is no stranger — he even released a book entitled The Dude and the Zen Master in 2013.

Though available as a free download, the album can be purchased in physical formats including a signed box set (only five are available). All proceeds go to the charity No Kid Hungry, so not only will Sleeping Tapes give you a comfy night’s rest, it’ll help the less fortunate — making this a real gift from a really cool Dude.

Essential Tracks: “See You at the Dreaming Tree”, “Temescal Canyon”, and “Feeling Good”