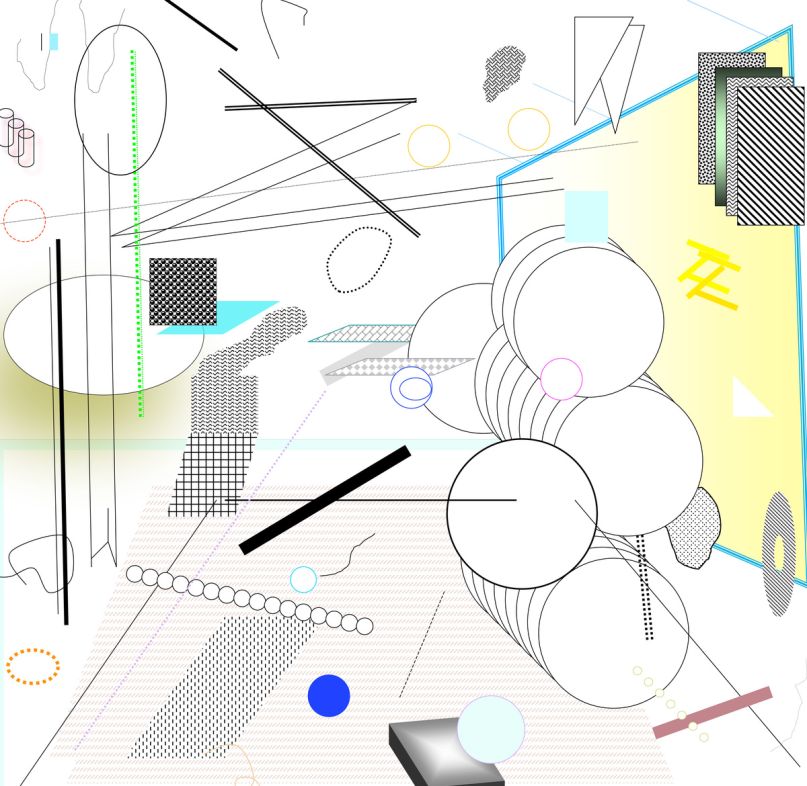 Lately, music scenes tend to feel forced or imposed on artists by outside observers, but the enclave of musicians attached to the supergroup Swan Lake — Destroyer/New Pornographers’ Dan Bejar, Wolf Parade/Sunset Rubdown’s Spencer Krug, and Frog Eyes/Blackout Beach’s Carey Mercer — seems to be one of the few genuinely egalitarian and fluid instances of a musical community. Every member influences and takes influence from the other to create a unique voice.

Case in point: the surprise release of a new album from Hello Blue Roses, the project centered upon Bejar and his partner, Sydney Hermant. The latter wrote the entirety of WZO (save a lithe cover of David Sylvian and Japan’s “Ghosts”), their first record under this banner since 2008; featured players include Bejar on guitar and sporadic backing vocals, Mercer’s guitar throughout, and drums from Mercer’s wife/Frog Eyes bandmate Melanie Campbell. Despite the potentially overwhelming presence of these compelling voices, this is clearly Hermant’s album.

Bejar’s nasal voice shades her fragile calls, and Mercer’s typically scorching guitar lingers like chain lightning. While elements of Hermant’s songwriting recall her compatriots, she also maintains clear distinctions. The stream of consciousness lyricism of “Telepathy” echoes Bejar in its ability to grasp a very particular moment, but where his stories tumble out in bundles of words, her language floats through chilled air. “Wading Pools” works in a retro style similar to Destroyer’s recent work (bongos and all), and “Ghosts” takes that formula through a storm cloud. The epic, mythic character of “Errant Sophia” could come from the Krug/Mercer school (Mercer’s guitar squiggles illuminate her tale like an ornate medieval manuscript), but rather than burst into a bonfire as they would, Hermant continues with “one foot in front of the other,” walking forever down the line with a cool focus.

Hermant’s sterling lilt on “Amulet” vividly describes a strained relationship, of someone “always on [the] way out.” She sculpts a representation of an inner self that’s neither pained nor pleased, neither over the trouble nor dominated by it, but in the moment, noting reactions and experiences and letting them go.

The heartbreaking “Brutalist Brick” steals the show. Hermant uses the chorus to hint at both “brutalist” (an architectural movement of stark, fortress-like buildings) and “the most brutal”: “Please tell me what this play fails to express/ Then hit me with your best brutalist brick.” The song teems with poetic descriptions of frustrated communication, though Hermant wouldn’t seem to have this issue herself. Clearly in tune with her musical community, she’s delivered an album that deserves a follow-up sooner than another seven years.