Bob Dylan – Shadows in the Night

The future for Dylan remains a thing of the past 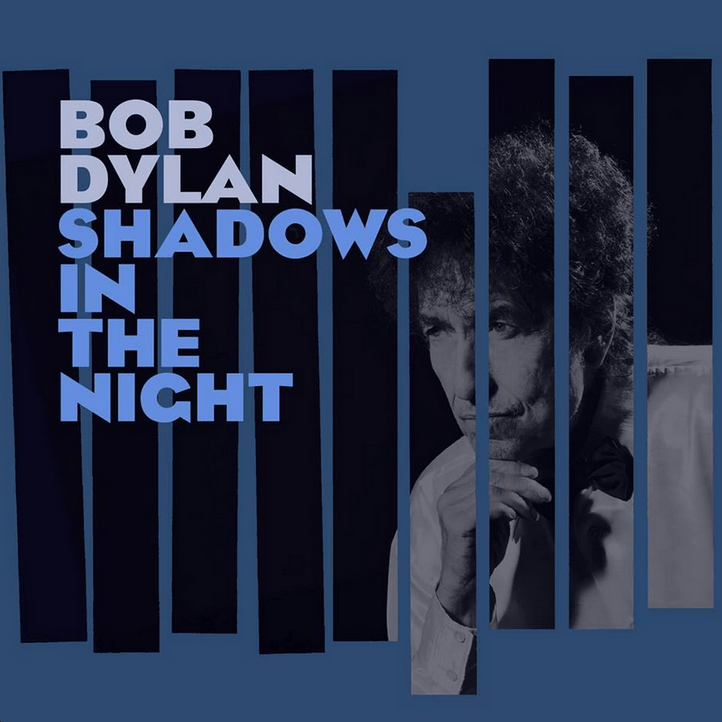 Nobody asked Bob Dylan to record an album of old standards popularized by Frank Sinatra. Not even the 50,000 randomly chosen AARP The Magazine subscribers who found a free copy of Shadows in the Night in their mailboxes earlier this month. Then again, nobody asked Dylan to “go electric,” hole up with The Band in the basement of a pink house, or embark on a Never Ending Tour, either. Dylan has spent his entire career out of step with the rest of us — either prophetically ahead or anachronistically behind — to which we owe a sizable tract of our musical and cultural landscape. So, it’s with a certain faith that we follow Dylan once more, believing that going back in time through these old songs might lead us someplace new. After all, as he once sang, “The future for me is already a thing of the past.”

By giving away Shadows in the Night to senior citizens and conducting his lone album rollout interview through AARP rather than his customary Rolling Stone exclusive, Dylan may seem content to rekindle these songs for the social security set. Given the diversity of his audience, however, this record could very well introduce these songs — some dating as far back as the Roaring Twenties — to younger generations of listeners. The remarkable feat here is that Dylan has managed to make Depression- and WWII-era songs somewhat accessible to new audiences. Shadows in the Night’s appeal owes nothing to nostalgia or trends in antiquing; these songs resonate or fall flat on their own merits.

Dylan’s wisdom shows in his song selection. He’s opted to craft an album rather than curate a sampler. Consequently, themes of pining, loneliness, and love kindled, lost, or enduring cast long shadows throughout the record. “There’s nothing contrived in these songs,” explains Dylan. “There’s not one false word in any of them. They’re eternal.” He speaks about these songs with the same reverence he once held for the ancient secrets he spent his youth unlocking in folk songs. It’s hard to deny that there is also a certain timelessness capsuled within several of these melodies and lyrics. When red and gold “Autumn Leaves” drift by a window, a cumbersome heart sees only “your lips, the summer kisses, the sunburned hands I used to hold.” On “What’ll I Do”, another broken figure asks, “What’ll I do with just a photograph to tell my troubles to?” In a rare instance of love going the distance (“Why Try to Change Me Now”), we hear a playful pledge: “You know I’ll love you till the moon’s upside down.” And why not? Every woman these songs long, lust, and ache for seems to have hung the moon.

That timelessness doesn’t mean that Dylan tries to sell us the songs he found as-is. No, much of Shadow’s command — and a great deal of its surprising accessibility — stems from Dylan’s unorthodox restoration work. Instead of sanding down the rust or touching up the paint on these antiquities, he strips them clean of yesteryear’s lush orchestration and flashy adornments to find their cores — what makes them work for all eras. For instance, the movie score string section of “I’m a Fool to Want You” gets replaced by some simple pedal steel, which flickers to illuminate a streetlight or cast a soft glow in the corners of a room where our fool torments himself over a woman he can be with but never truly have. On “Stay with Me”, that same spare accompaniment now bolsters Dylan as he marches toward salvation, be it religious or just a woman prepared to once again give him shelter from the storm. Even on “That Lucky Old Sun”, which boasts a horn section, it’s clear that the arrangements are backdrops, accents, or at most allies to the troubled minds and hearts of Dylan’s protagonists.

Dylan’s voice should by all rights be a liability on songs once sung by Sinatra. Rest assured, he has nothing on Ol’ Blue Eyes. But his vocals, less ragged than usual, fit the mood of this record better than expected, lending an everyman quality to these sentiments. We can hear ourselves — our own longing — as he wishes for his lover on “Full Moon and Empty Arms”. He conjures a sweet, self-deprecating tenderness on “Why Try to Change Me Now” that we’d all strive for should we be lucky enough to find love that endures. Even as his voice wavers and gives out during his pleas to “wash all my troubles away” on “That Lucky Old Sun”, we don’t hear a voice straining but rather the rapture of a hopeful prayer that deserves to be answered.

“I love these songs, and I’m not going to bring any disrespect to them,” promises Dylan. “To trash those songs would be sacrilegious.” He’s true to his word on this album. While Shadows in the Night may ultimately be remembered as a brief detour on Dylan’s larger journey, it’d be a shame to dismiss this collection as a mere novelty or flight of whimsy. If nothing else, Dylan reminds us that men have been wrestling in the shadows with the complexities of the human heart long before we got here. Again, timeless.

Essential Tracks: “I’m a Fool to Want You”, “Why Try to Change Me Now”, and “That Lucky Old Sun”