Here’s Your Next Spider-Man: 10 Amazing Candidates 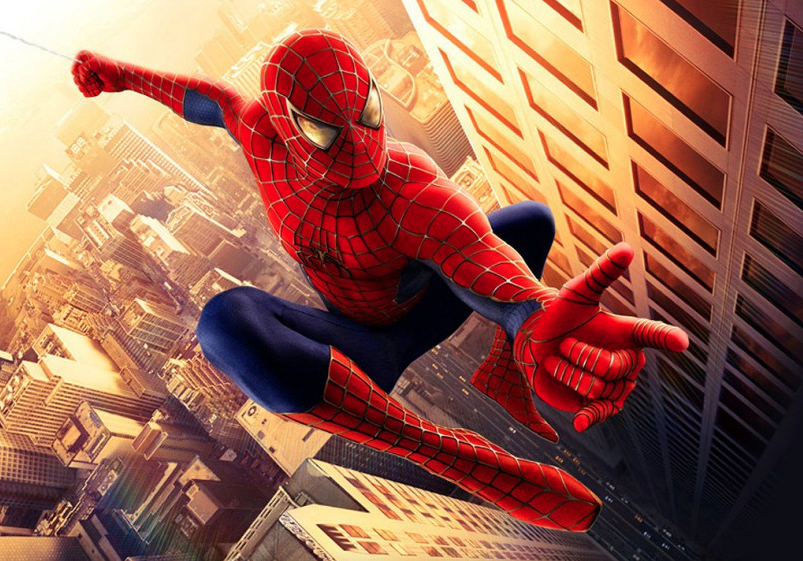 Spider-Man (Sony)
view all
Next

It’s the end of the world as we know it: Sony and Marvel have reached an agreement, and our friendly, neighborhood Spider-Man will finally appear in the blockbuster Marvel Cinematic Universe. That’s great news for every comic book nerd out there and not-so-fabulous of an update for current Spidey Andrew Garfield. According to the report, the next film will feature a “brand-new version of the web-slinger,” which means, yes, we’ll be seeing the third reboot of the character in less than 20 years. Frustrating, pointless, annoying, say what you will, but this is the best thing to happen for the franchise.

Last year’s The Amazing Spider-Man 2 was a disaster, critically, commercially, and spiritually. While Garfield continued to sparkle, the story around him became more and more cluttered with retooled tropes from Sam Raimi’s trilogy and a number of stylistic cues that would be best served at Ultra Music Festival. Sony’s to blame for much of the mess, thanks to a warped perspective on what a cinematic universe might entail, but whatever, all that’s behind us now and that’s a good thing. Let’s just hope the creative minds behind Captain America: Civil War know we don’t need an origin story for Peter Parker.

But that leaves an empty, vital spot for many, many actors to go after. Consequence of Sound slept on last night’s news and came up with a collection of 10 actors that could easily swing through New York City. A few are very familiar, and we account for their inclusion, but many are straight outta Sundance and ready to spin some webs. Click ahead and offer your own thoughts below.

After finding a whole lot of success with his performances in Mud and Joe, Tye Sheridan grew about two feet and is now making his mark as a more than capable adult actor. His roles in Entertainment and The Stanford Prison Experiment display an actor who can jump up and down (the former) and dig deep emotionally (the latter). Yes, yes, he’s playing young Cyclops in the upcoming X-Men: Apocalypse, but like many actors on this list, they’re in different universes. Hire the best person for the role, and Sheridan is ready to make the Spidey leap.-–Justin Gerber

Justin Long knows jokes. At age 36, however, he’s a tad old to play Peter Parker, but that’s one option we’re considering with this list. After all, who wants to see a high schooler? The original comic run — before it was notoriously “reset” years back — went way past Spidey’s formative years, and it’s high time we see a slightly more adult version of the wall crawler. Long would be an optimal choice: he’s slim, he’s a fast talker, and he’s yet to appear in a comic book franchise. Also, the guy can play any role, as proven this past September in Kevin Smith’s ultra weird Tusk. Let’s just say, this would be a breeze in the costume department for Long. –Michael Roffman

8. The Miles Teller/Michael B. Jordan Predicament

Rush Limbaugh’s head would explode if Jordan won the role. He’s one of the most in-demand young actors out there today; with his performances as Wallace (The Wire) and QB Vince Howard (Friday Night Lights) setting him up for a bigger stage that now includes co-starring in The Fantastic Four. “Justin, why the run-on sentence?” “But Justin, that’s also a Marvel franchise!” Stop shouting at me! As of now, that franchise takes place in its own universe. Jordan would be a smart choice, but above all, it would change the way we cast roles for every superhero going forward.

And how about his Fantastic Four co-star? Teller killed it as drum protégé Andrew Neiman in the Oscar-nominated Whiplash, and he’s used to the action scene by now (some new franchise called Divergent). He’s got the chops, and if Spider-Man needs to pull out those long dormant drumming abilities to free-form jazz away the likes of Vulture and Black Cat? Shit, cat. Do the damn thing! –Justin Gerber

What Ezra Miller has going for him is simple: he’s gangly. He’s skinny. He’s spidery. He’s not your typical “superhero” strong. Miller’s ability to be ridiculously likeable (The Perks of Being a Wallflower), rebellious (The Stanford Prison Experiment), and even sinister (We Need to Talk About Kevin) could bring an edge to Spidey we haven’t seen in previous incarnations. He’s all signed up to play The Flash in an upcoming film adaptation, but two things can solve that: A) Miller drops out and takes a better franchise, B) DC lets the kid from the new Flash TV series take the role. Why don’t I run Hollywood? Me smart! –Justin Gerber

Good god, this would be an edgy Spider-Man, but Gyllenhaal could probably bring something interesting and a little older to the table. Remember when he was rumored as a replacement for Tobey Maguire for the 2004 movie? Remember his amazingly grim and giddy take on news and media in last year’s Nightcrawler? Like, imagine a Peter Parker that’s journalistically obsessed with making crime profitable through his job as a photographer for The Daily Bugle. Gyllenhaal would totally be down with that; some audiences would too. Okay, he’ll fight some CG spectacle in the third act of another origin, but hey, a man can dream. –Blake Goble

Marvel’s made interesting cast and crew decisions these past few years. Shakespearean Kenneth Branagh directed Thor. The iconic Robert Redford was in Captain America: The Winter Soldier. The list goes on, but how about a young actor who’s become well-known thanks to his weekly role in The Walking Dead. He’s a survivalist on that show, proved to be a romantic lead when called upon, and is strong without the outward appearance of a superhero. Oh, he’s Asian, and he’s Steven Yeun. Shake up the universe, Marvel, with your first Asian-American comic superhero. It doesn’t have to be an origin story, either. –Justin Gerber

See, this is where Marvel and Sony’s press release got fuzzy by using the term “the new Spider-Man will first appear in a Marvel film…”. What does that mean? A newly cast Spider-Man under Marvel/Disney chemical products? Or did they mean a new movie inside the MCU with Andrew Garfield? Because, if the latter, that sure would be swell. Garfield was the best actor inside the Spidey costume, he embodied the anxious smart-assery of a teen, and he nailed Peter’s Brooklyn smarm. He stood strong against studio tinkering, and The Amazing Spider-Man is probably better than you think. And we know you think it was a needless reboot; get over it. Stop worrying and love the Garfield. –Blake Goble

Rick Famuyiwa’s Dope hasn’t hit theaters yet. It will this June. Go see it. You’ll have fun. You’ll walk out having felt like you’ve seen the Ultimate Summer Movie. Moreover, you’ll be a fan of newcomer Shameik Moore. In the film, he plays a dorky, college-starved kid who’s obsessed with old-school hip-hop and mumbles awkwardly to cute girls and nasty bullies. He’s essentially Peter Parker, only with a throwback haircut that rivals Norris Cole’s. If Sony wants to gamble on an unknown rookie, this one’s their best shot, and he won’t disappoint. If they really want a strong performance out of him, they’ll hand the franchise’s keys over to Famuyiwa, who has a spectacular imagination. –Michael Roffman

Want to guarantee box office returns? Turn back the clock. Sam Raimi’s original series remains the top grossing films in the Spider-Man franchise, and there’s a reason: They had magic. The once cult director brought Stan Lee’s world to life with a tone that was both serious and tongue-in-cheek, and to date (and despite what Goble says above), there hasn’t been a stronger Peter Parker than Tobey Maguire. He captured the comical and emotional aspects of the character well, and while he wasn’t nearly as witty as Garfield’s interpretation, that could all be fixed with a snappier script. Besides, Raimi has since admitted his faults with Spider-Man 3, so there’s reason to believe he would come back swinging in style. The Internet might toss a ton of these images in jest, but they’ll be there opening night. Better yet, it wouldn’t be a reboot. –Michael Roffman

Donald Glover has wanted this role for half a decade — and he’s not alone, either. His fans have long pushed Sony to at least give him a shot, and he’s had one: He voices Miles Morales in Ultimate Spider-Man: Web Warriors. Funny, charismatic, and charming, Glover would be the wisest dynamic choice Sony and Marvel could make. He’s very familiar with the character, and he has a built-in audience that would hit the theaters in droves. His work in Community should speak for itself, but he’ll also have a chance to show off more acting chops in this month’s The Lazarus Effect and later this year in Ridley Scott’s highly anticipated sci-fi survival adventure, The Martian. Just look at that photo above, though. After all the shuffling, rebooting, and mismanaging, is that not the Peter Parker we deserve? Goddammit, yes. –Michael Roffman