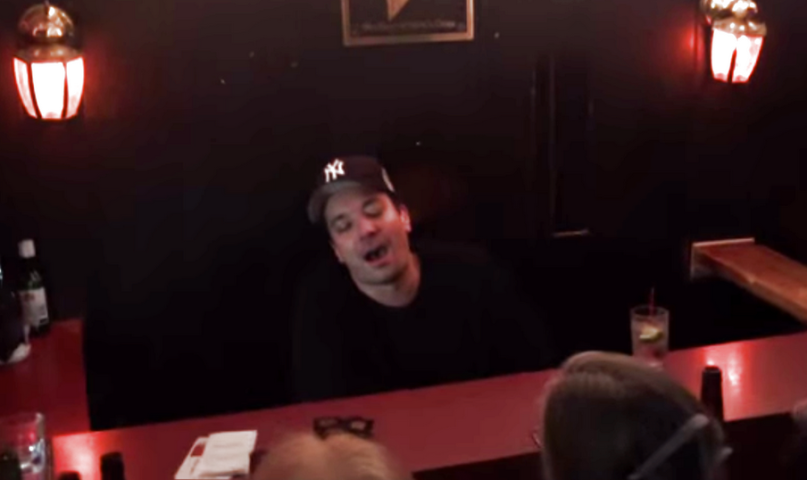 Jimmy Fallon, who’s known for his on-point impressions, impersonated Bill Murray over the weekend by simply showing up to a bar and becoming the center of attention. Surprising patrons at Marie’s Crisis Cafe, a gay bar in New York City’s West Village, the Tonight Show host drank and led the whole place in song.

Among Fallon’s passionate renditions was an a capella take on Billy Joel’s “Piano Man”. The song is a crowd-pleaser, sure, but the obvious intoxication of Fallon and the Marie’s Crisis regulars made for a really compelling take on the 1973 classic.

Fallon also serenaded the crowd with “Summer Nights” from the Grease soundtrack, which served as a throwback to his 2004 Saturday Night Live send-off, and “Believe It Or Not”, the theme song from Greatest American Hero. Watch all the performance footage below.

This isn’t Fallon’s first time going to a drinking hole unannounced. Last year, he narrowly escaped a brawl and bought a round of vodka shots for an entire Chelsea establishment all in one weekend.

“Believe It Or Not”