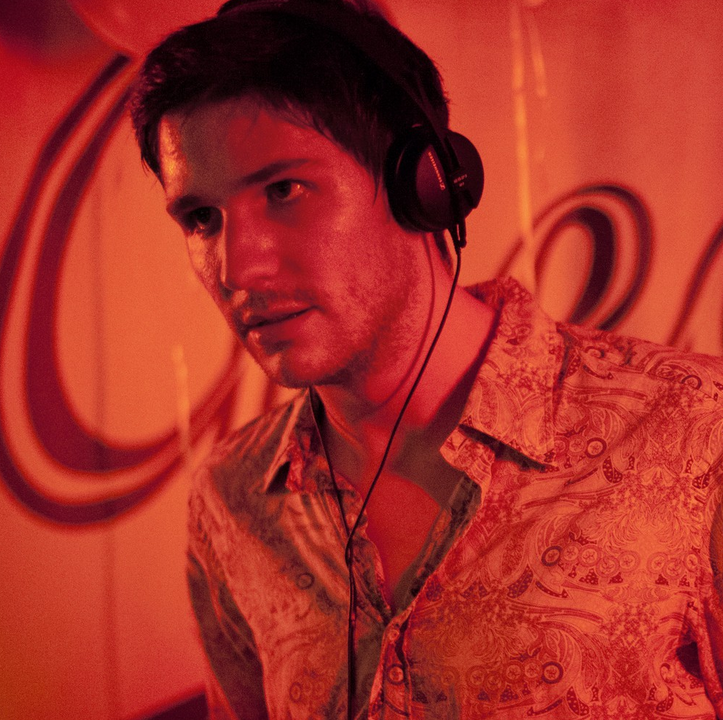 Bookmark and follow our exclusive coverage of Sundance Film Festival 2015.

It’s November, 1992, and Paul (Felix de Givry) is headed to a rave in a shadowy part of Paris. Before he would go on to become a pioneer of the “French Touch,” a garage-inspired style of house music that would define the ‘90s scene, Paul was a shy teenager, dabbling in the drugs and music of the time but not yet a part of it. His inner circle was full of people coming in and out, from his illustrator friend Cyril (Roman Kolinka) to his eventual collaborator Stan (Hugo Conzelmann) to Thomas and Guy-Man. Those last two you might have heard of. They got older, started dressing like robots, and brought electronic music to previously unfathomable levels of popularity. But before Daft Punk was Daft Punk, before Paul and Stan became “Cheers,” and before the scene hit its zenith and subsequently fell out of cultural favor, Paul was just a kid, bashfully asking DJs about their samples.

Mia Hansen-Løve’s Eden chronicles Paul’s life, and by proxy the French house scene of the ‘90s and early aughts, with a keenly observational eye that could only be informed by firsthand field experience. (The filmmaker’s brother Sven was a notable DJ in the scene at the time, non-fictionally.) Eden follows Paul in and out of clubs, musical phases, lovers, family quarrels, and his own increasingly reckless drug use, while avoiding most of the typical melodramatic traps evidenced by thematically similar films like Party Monster. At the beginning, Paul just wants to immerse himself in the bass and strobe lights of anonymous raves, the locations of which were conveyed by FG Radio, a popular station playing the kind of music that seduced him. The film ably captures the sensory assaults of the raves, the disorientation, the wandering about trying to find drugs or friends or love or maybe even the music.

While Paul enjoys the vices of the time, he’s very much a purist for the raves as far as the music goes. The film’s sprawling soundtrack covers everything from a number of Daft Punk tracks to Frankie Knuckles to nearly 40 other artists whose songs occupied some corner of the club consciousness during the film’s journey from that cold night in ’92 to late 2013, when everything in Paul’s life, most of all the music, has changed forever. It’s an astounding mix of styles and subgenres, a road map for the film’s often meandering threads of human drama. Where Eden lacks cohesion from time to time in its time-unhinged observations on Paul’s life, the music holds it all together as the one constant in a chaotic, often addled world.

For all that happens over the film’s two-plus decades (in only 131 minutes, no less), the thesis may be best summed up in a conversation between Paul and his onetime American lover Julia (Greta Gerwig). Julia is just one of a number of women Paul knows in his youth, and not even the most lasting or significant; that distinction belongs to Louise (Pauline Etienne), who phases in and out of his life over a number of years. But after one of their many trysts, the married Julia observes that “la dolce vita is over.” Indeed, the sweet life of clubs after clubs after hangouts with friends and concerts and back to more clubs isn’t a sustainable lifestyle, but in Hansen-Løve’s estimation, it’s something worth missing, even if it eventually does start to claim relationships and even lives.

In certain respects, Eden is as much about the pains of maturation as it is about the very specific time period and scene in which it occurs. Even as Cheers becomes an empire unto itself, hosting successful parties and giving the collective enough money to move to New York City, Paul still struggles to find love and a sense of community. The endless stream of people coming in and out of his life doesn’t exactly allow for a wealth of meaningful human connections, something that he’s craving, often without realizing it, and medicates in a number of different ways throughout. As his woes begin to build up later in life, as the music changes and the money starts to dry up, Paul increasingly begins to long for the early years, the intoxicated late-night dinners and the freedom of knowing that your whole life is ahead of you. By the time he gets into his thirties, that’s no longer the case.

Even if some of Eden, by design, involves detaching the viewer from any coherent sense of time and even place, it still has the unfortunate side effect of placing a ceiling on the film’s possible emotional impact. Paul’s life becomes less his own at times than a microcosm of whatever concerns the scene is encountering at a given point in time, and the film is far more interesting when it’s about a generally sweet kid, who’s maybe kind of an idiot, finding his way in a world predicated on hedonism while trying to retain some of that purity he saw as the teenager at the forest rave. On the other hand, this leads to the film’s final scenes, which hit like a truck in their painful, wistful musings on a much-changed world. Paul’s left there to pick up the scraps and wonder exactly where all the time and a lot of the people went. C’est la vie.