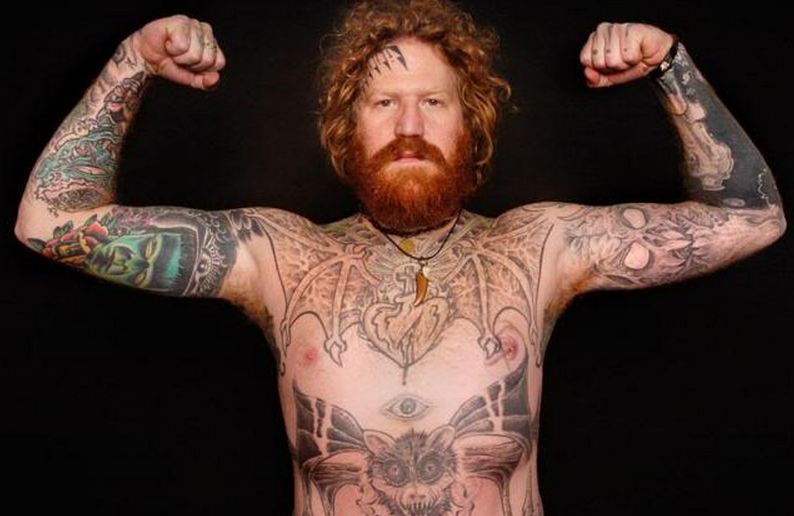 Outside of his work in Mastodon, guitarist Brent Hinds has carved himself out a neat little acting resumé. Most notably, he played Gumdrop in the Aqua Teen Hunger Force movie and a laughing demon in a subsequent episode of the Adult Swim series. For his next role, the Atlanta sludge rocker is set to play late Jackass star Ryan Dunn in an upcoming biopic.

News of the casting was actually revealed back in August when Hinds was interviewed by Dunn’s best friend and the film’s director, Bam Margera. In the Q&A (which you can watch below), Margera says the film is called I Needed Time to Stay Useless and that Hinds “did an awesome fucking job.” The film’s been described as a “documentary with dramatic interludes,” and the clips that have made their way online certainly share both a similar guerrilla approach and overall aesthetic to that of Margera’s wildly popular CKY series.

Even with his sleeves and trademark face tattoo, Hinds still shares quite the resemblance with Dunn. As someone who wasted hours watching all things Jackass-related, Hinds’ brand of intensity seems like it could be a nice way to portray Dunn, who always purveyed a kind of wild-eyed charisma as he jumped shopping carts and bounded headlong into lakes.

Dunn passed away in 2011 following an automobile accident in Pennsylvania. In addition to his work on Jackass, Dunn appeared in most of Margera’s other film and television properties, alongside roles in Crank Yankers and Law and Order: Special Victims Unit.

There’s currently no release date for the film.