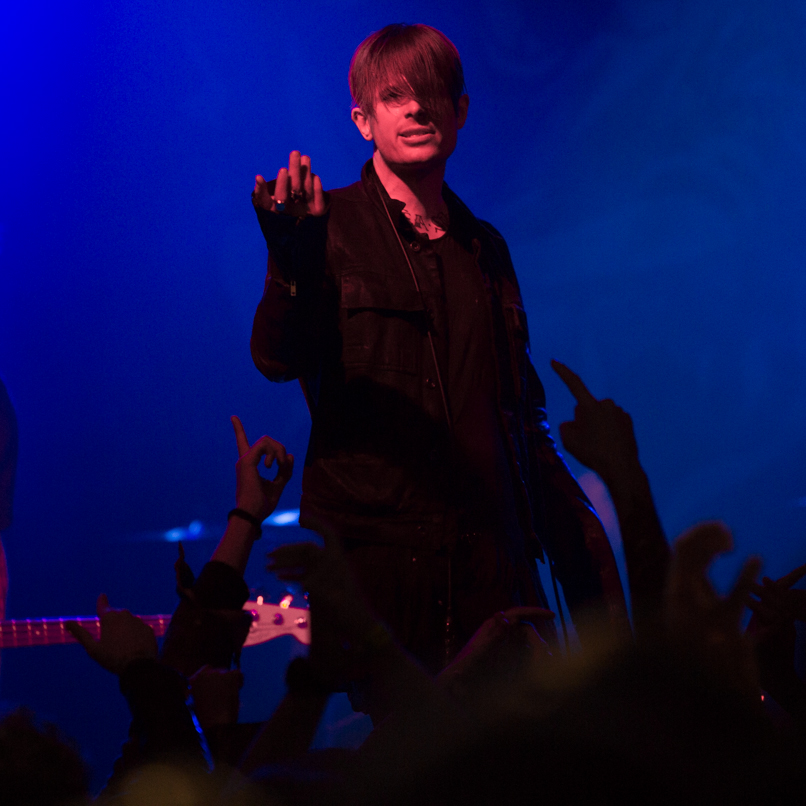 First thing’s first: Wesley Eisold has received a lot of love in these parts, both in feature and in live review form. Frankly, the dude is pretty commendable for his Cold Cave work, and at this point, many probably don’t even know that he actually came up in the hardcore scene, with Give Up the Ghost, also known as American Nightmare.

The hardcore project of Eisold receives occasional revivals, all to much fanfare from punk enthusiasts. And it’s all something that a review will really fail to capture. It’s an experience, but one that can be enjoyed regardless of your history with the band. The only prerequisite is a willingness to release some energy, hear loud sounds, and maybe push someone back if they push you.

But first, a history lesson. Eisold’s band emerged in 1998 as American Nightmare and was formed with the core collaboration being between Eisold and Tim Cossar. For their second album, the name changed to Give Up the Ghost after another band named American Nightmare (or something similar) threatened to sue, much like Death from Above 1979. The band released a total of two LPs, plus a handful of shorter offerings, before disbanding in 2004. Eisold’s work in Cold Cave doesn’t resemble American Nightmare much at all, but fans of his original project have matured with him, accepting his more melodic growth while still reveling in the aggressive beginnings.

Sunday night’s American Nightmare show lasted just 50 minutes, but it would be sort of hard to imagine the band or crowd having more energy to continue beyond that. Upon entering the theater, the sold-out crowd lingered along the walls and toward the back of the room, with the floor occupied with just scattered, brave souls. Once the music began, though, this positioning made sense. Suddenly a wave of runners sprinted from the back to the front and leapt in the air, igniting a feverish mosh pit that did not relent, fists raised and shouting back every line of Eisold’s lyrics back to him.

The dance between band and crowd was allowed to unfold as it wished. Security did little to deter fans from jumping on stage and doing acrobatic flips back into the crowd. Only over-eager grabbers were pulled from the stage, with Eisold seeming not to mind being tackled occasionally. It became hard to determine who was braver: the crowd or the band.

There was much to behold as an outsider. One gentlemen sketched the band as they performed, a couple photographers tried to snap photos while stage diving, Eisold’s mic seemingly was moshed into non-functionality. But the ultimate takeaway was how no one was really made to feel like an outsider at an American Nightmare show. You could stand as far away as you wanted and still feel like part of the experience. No one was going to tell you the right or wrong way to experience the band. You could leave feeling like you were part of something, even if you weren’t literally a part of it. And that’s probably the best compliment I could give to a pretty incredible performance to witness.