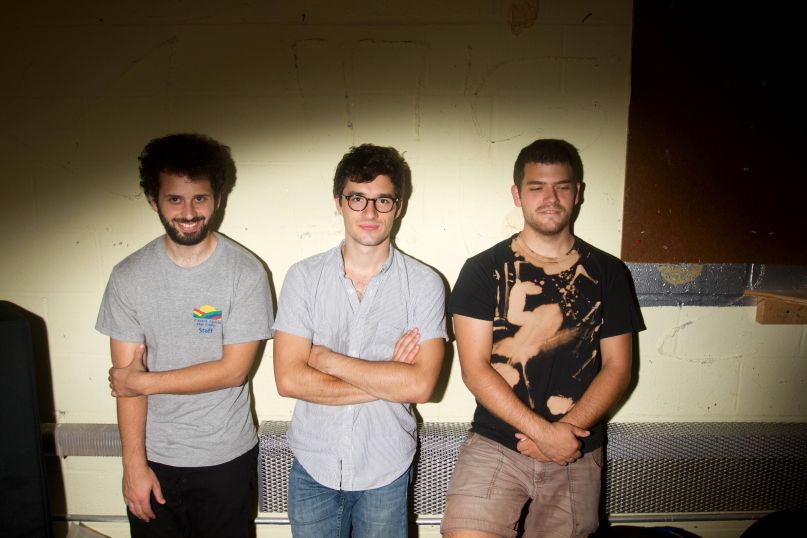 On February 17th, Boston indie rockers Krill will release their third studio album, A Distant Fist Unclenching. While the album’s first two singles “Foot” and “Torturer” were both shambolic and ripping, the trio expand into more sprawling sonic territory with “Tiger”.

Spanning seven minutes, the track features slippery guitar arpeggios, frontman Jonah Furman’s unhinged warble, and a very satisfying albeit messy build-up. It also features the album’s titular lyric, which Furman explains is “what happens after a tortured moment. It’s how to move from that anxiety without being too naive or too cynical — without being happy-go-lucky or saying, ‘Fuck it, nothing matters.'” Listen in below.