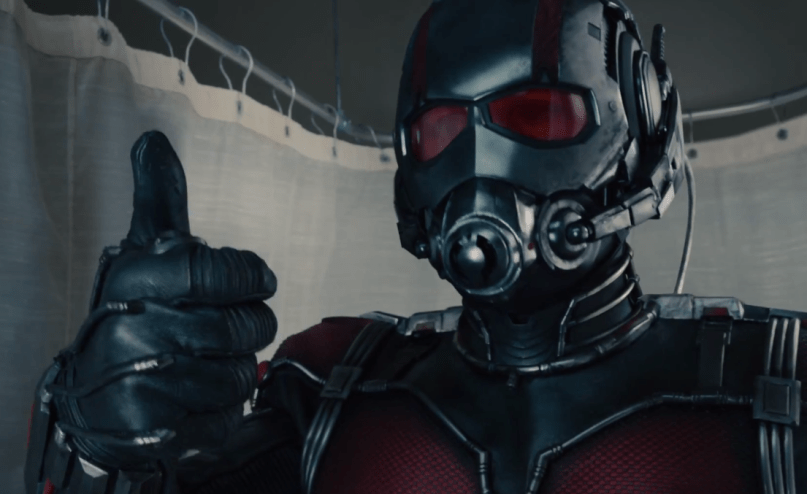 After releasing an ant-sized teaser over the weekend, Marvel Studios and Disney have revealed the first full-length trailer for the upcoming superhero film Ant-Man. It aired during the season premiere of Marvel’s Agent Carter on ABC and can be seen below.

Ant-Man is directed by Peyton Reed and is set to hit theaters on July 17th. The film’s official synopsis reads, “Armed with the astonishing ability to shrink in scale but increase in strength, con-man Scott Lang must embrace his inner-hero and help his mentor, Dr. Hank Pym, protect the secret behind his spectacular Ant-Man suit from a new generation of towering threats.”

Ant-Man is the final chapter of Marvel Studios’ Phase Two slate following Iron Man 3, Thor, Captain America: Winter Solider, Guardians of the Galaxy, and the forthcoming Avengers: Age of Ultron. Phase Three was announced at the end of October.