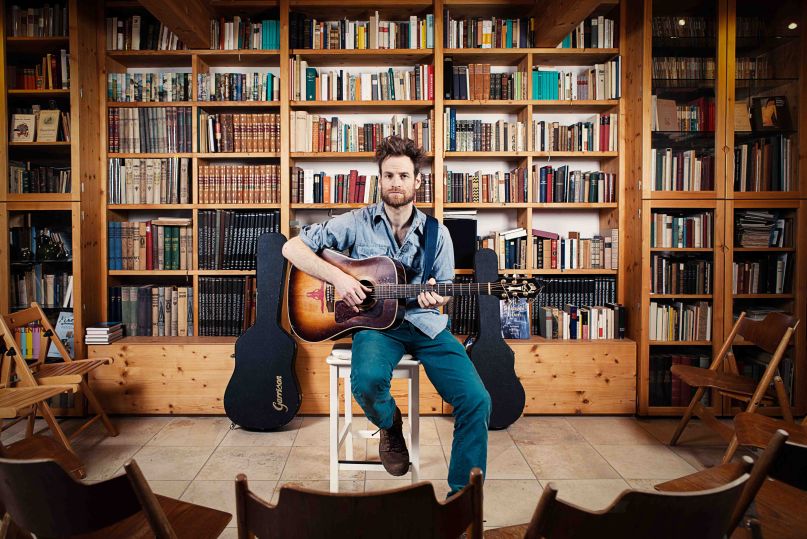 Dispatch frontman Chadwick Stokes couldn’t have picked a more inopportune time to record his sophomore solo album: Waiting in the studio during Chicago’s polar vortex last year, Stokes wasn’t sure if anyone else would show up. Co-producers Sam Beam (Iron & Wine), Brian Deck (Gomez, Counting Crows), and Noah Georgeson (Joanna Newsom, Devendra Banhart) arrived slightly more optimistic, with Deck insisting that “nothing of any worth was ever made easily.” Now, Stokes is ready to share the results of those freezing sessions with his new album, The Horse Comanche, out February 3rd via Ruff Shod Records.

The album’s latest single “New Haven” sees Stokes teaming up with Brooklyn indie pop outfit Lucius. The first half of the track sticks to Stokes’s knack for heavy-hearted folk rock as he croons a story about losing love and trying to win her back. When Lucius finally drop in near the end, it adds new life to the song and transforms it into a full-on gospel experience. It’s a blending of both artists’ aesthetics that provides a moving end to a song marked by despair and loss. Listen in below.