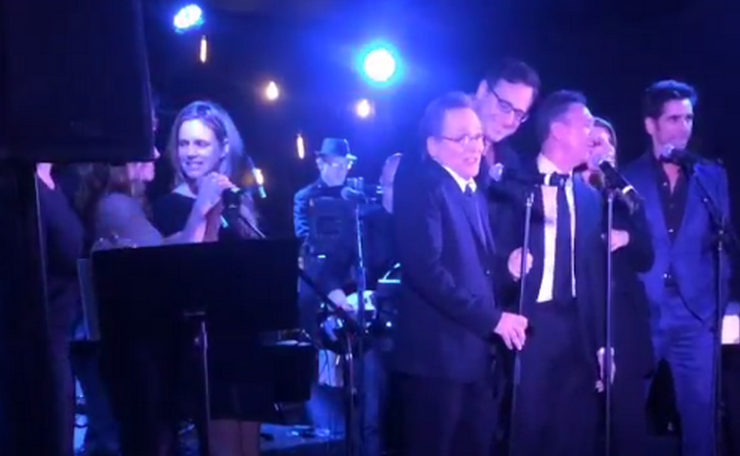 Jeff Franklin’s 60th birthday party was a Full House: Most of the Tanner family was on hand to serenade the show’s creator with a rousing rendition of its theme song. That included Uncle Jesse (John Stamos) and Danny (Bob Saget) as well as Becky (Lori Loughlin), D.J. (Candace Cameron), Stephanie (Jodie Sweetin), Kimmy (Andrea Barber), and even the theme song’s vocalist, Jesse Frederick. Basically everyone except the Olsen twins and Dave Coulier. Watch a pair of fan-shot clips of their singalong below.

Only for you, Jeff Franklin. Only for you. Happy Birthday. #everywhereyoulook #whatsmyline? #onlyknewthechorus #cantgetthisdamnsongouttamyhead @candacecbure @loriloughlin @bobsaget @johnstamos *Edited: Who has a better, full version of this?? I saw all those iPhones out there pointed at us!!

This weekend’s reunion comes amidst rumors of a Full House reboot involving Stamos, Saget, and Coulier, as well as other principal cast members. Stamos also waxed nostalgic in 2013 when he reunited his Full House band Jesse and the Rippers for an appearance on Fallon.