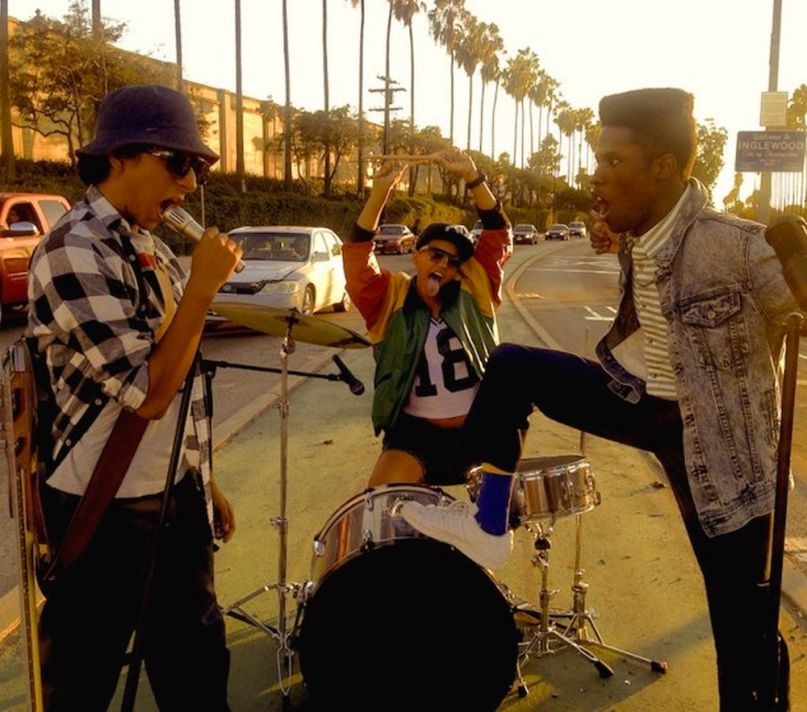 ASAP Rocky, Vince Staples, Casey Veggies, and a handful of other MCs are set to appear in Dope, a new film from director Rick Famuyiwa (Brown Sugar, Our Family Wedding) that debuts at Sundance later this week.

Described as a “coming of age comedy/drama for the post hip-hop generation,” the movie follows a ’90s “hip-hop geek” named Malcolm (played by Shameik Moore) as he attempts to leave behind his crime-ridden neighborhood in Inglewood, California for the halls of Harvard. The film also stars Zoë Kravitz, Forest Whitaker, Tony Revolori, and Blake Anderson.

While most of the hip-hop cameos are likely to be minor, ASAP is said to have scored a “supporting role.” He reportedly requested an audition after he helped his girlfriend Chanel Iman, who appears in the movie, run through her lines. Famuyiwa said that he loved ASAP’s “natural charisma and ability.”

In addition to those famous faces, Pharrell Williams contributed music to the film, penning three songs for Malcolm’s fictional band. Famuyiwa spoke about the “Happy” singer’s impact on Dope, saying, “It was exhilarating to sit there in the studio with Pharrell as he composed this music. I’d tell him about Malcolm and then he’d disappear to his magic lair, or wherever he goes, and then he’d have a song about it and it’d be amazing. I think he was key in helping me figure out who these kids are in this world.”

Below, watch a trailer for Dope.