Boy, that David Letterman sure is special! 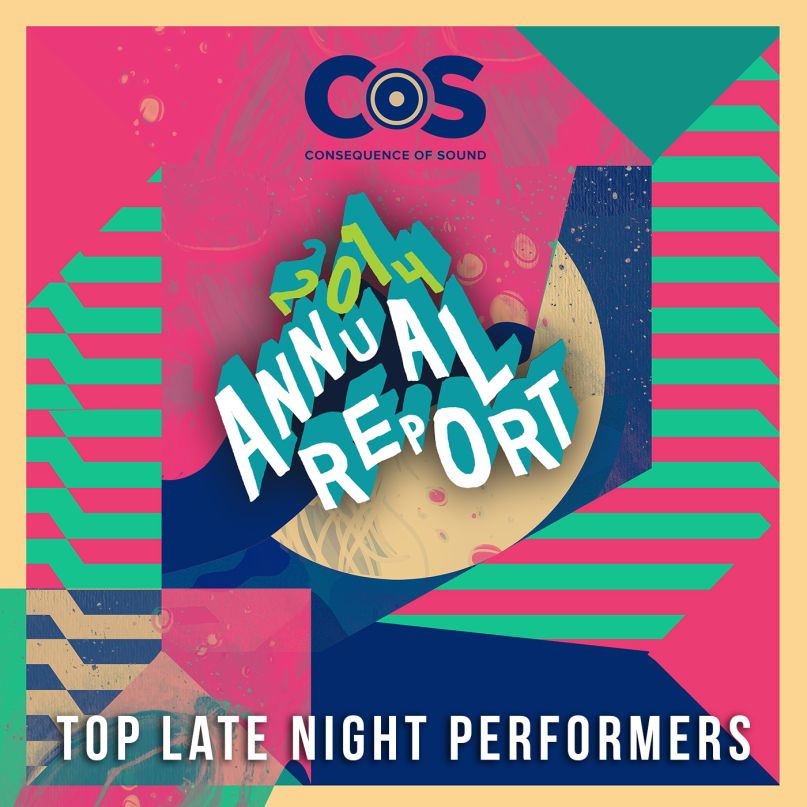 Insomniacs marveled this year as the late night scene evolved before their eyes. Over at NBC, Jay Leno stepped down (once again), handing The Tonight Show to Jimmy Fallon, who did the same with Late Night for Seth Myers. A similar shift occurred behind-the-scenes over at CBS — Stephen Colbert and James Corden for David Letterman and Craig Ferguson, respectively — but those changes won’t actually go down until 2015.

Meanwhile, TBS let Conan be weird and creative with special nights and commemorative weeks; Comedy Central continued to bank on The Daily Show and (for one last time) The Colbert Report; and ABC kept things vivid and loud via Jimmy Kimmel Live! with its many outdoor performances. Needless to say, there were no yawns until the wee hours of morning.

However, it cannot be said enough: If you win over Letterman, you win ’em all. Amidst his final year, the legend continues to stay relevant by booking every buzz band and veteran on demand. Odds are that streak will only get hotter in the months leading up to his final swan song, so be prepared to lose even more sleep next year.

Or, thank us in the morning for catching you up.