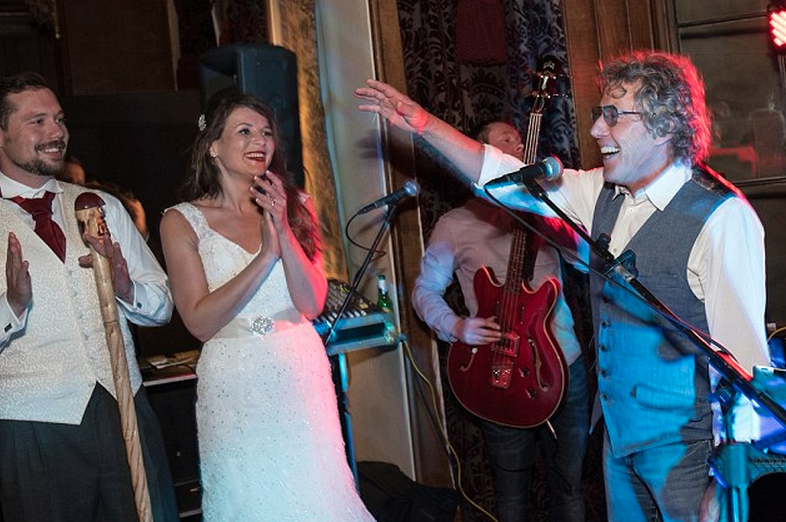 Days before The Who launched their 50th anniversary farewell tour, singer Roger Daltrey got a chance to warm up his chops by fronting — yes, a wedding band. According to BBC News, Daltrey was staying at the Mar Hall resort in Bishopton, Scotland, when he stumbled upon the wedding of Susan and Carl Smith.

Graeme Allan, lead guitarist of wedding band The Milestone, recounted the night’s events in an interview with BBC Radio.”Basically we were coming towards the end of our set and we were sort of halfway through a song. I remember looking over to the side of the dance floor and a wedding guest was actually walking with Roger [Daltrey], coming towards the band.”

“Roger came up and he took the mike and he congratulated the bride and groom,” he said. “Because the groom had served in the parachute regiment he also mentioned them as well. Then he turned to the band and he said, ‘I was through next door and I heard the band and they’re brilliant, so I had to come through’.”

Allan admitted that the band did not know who to play any Who songs and mostly busked their way through a rendition of “Can’t Explain” to Daltrey handled vocals. Watch footage of the incredible moment below.