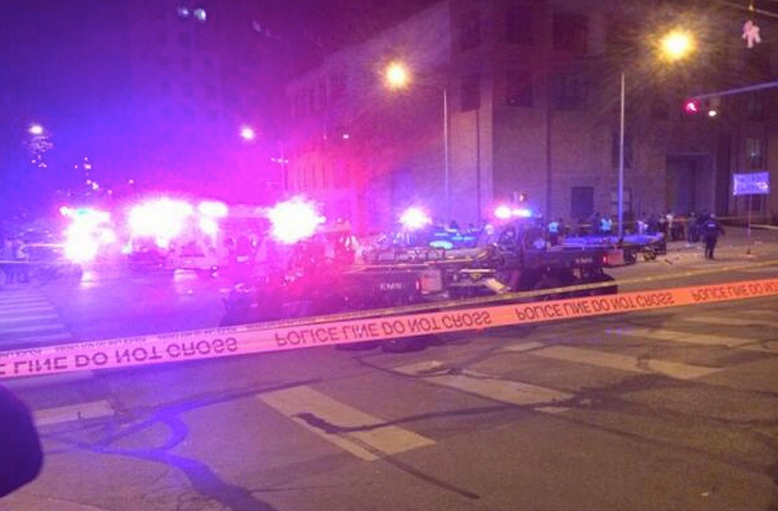 A total of seven lawsuits have been filed against South by Southwest by the families of those killed in the fatal car crash that occurred at this year’s festival, according to The Associated Press. Rashad Owens, who is currently in jail on capital murder charges and who has also been sued by the families, drove his car through a DUI checkpoint and onto Red River, plowing through crowds and killing four individuals while injuring dozens more.

The wrongful death suits were filed in both federal and Texas state courts against the two private companies behind the festival, SXSW Holdings INC, and SXSW LLC, as well as traffic design consultant Patrick Lowe and his company Traffic Design Consultants, LLC. The lawsuits contend that the tragic event was “foreseeable and predictable” and that SXSW ignored safety regulations and industry standards, specifically citing a failure to use “rigid barriers.” “A festival organizer or traffic design consultant of ordinary intelligence would have anticipated the danger,” reads one lawsuit.

The lawsuits also claim that the festival should have been aware of the risks involving excessive alcohol consumption at the event “due to excessive DWI and Public Intoxication arrests in the years leading up to 2014” and the fact that Austin “is number one for alcohol consumption in Texas.” Also contended is that the Right-of-Way permit obtained by the festival essentially put them in “legal possession and control of the street where the crash occurred.”

“The only way to force a private company like South by Southwest to take action in the future is to hold them accountable for their failures in the past,” attorney Scott Hendler told Austin’s KXAN (via Stereogum). “Otherwise, there’s no incentive for them to do anything different.” Hendler represents Lizzy Plug, the wife of Steven Craenmehr, who died in the incident. Plug told the station, “South by Southwest is accountable for this tragedy, in my thoughts.”

In response to the lawsuits, SXSW released the following statement:

What happened on Red River was a terrible tragedy, caused by Rashad Owen’s utter disregard of human life.  Our hearts continue to ache for those injured and the families of those who lost their lives. We look forward to his prosecution for his awful crimes.”

Victims’ families also launched a Change.org petition on Thursday calling for SXSW to employ “common sense public safety measures.” In September, a SXSW-sanctioned report by the City of Austin pointed to “crowd management issues, including traffic congestion” as primary factors in the crash. The report also found that the city was positioned at a “critical point where public safety could be compromised” due to overcrowding of venues and alcohol consumption. The festival responded by saying they planned on trying to minimize unofficial events surrounding SXSW — such as FADER Fort and Hype Hotel — by asking the city to “put a limit on the number of permits issued for events that require temporary permits.”