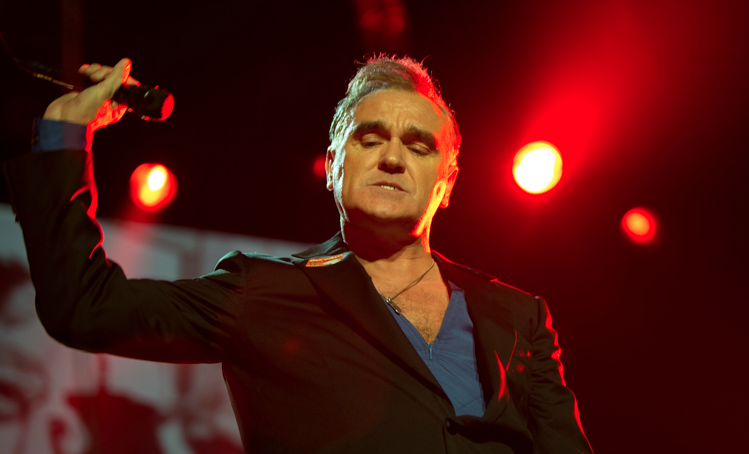 Morrissey is less than a year removed from his latest solo album, World Peace is None of Your Business, but it appears the former Smiths singer already has plans for its follow-up. In a new interview with Serbia’s B92 (via Morrissey-Solo), Morrissey revealed that he has written his next album and hopes to record it in February.

Hopefully, the album’s eventual release will go more smoothly than World Peace is None of Your Business, which saw Morrissey battle with his record label over its handling of publicity. Harvest Records ultimately dropped the singer and removed his album from stores.

Currently, Morrissey is touring Europe in support of World Peace is None of Your Business. He recently reshuffled his itinerary to include new dates in Athens and Istanbul, while postponing shows in Holland until 2015. See the current docket below.

In related news, Morrissey’s former bandmate, Johnny Marr, has canceled the remainder of his US tour due to a “serious close family illness.” The affected dates can be found below.