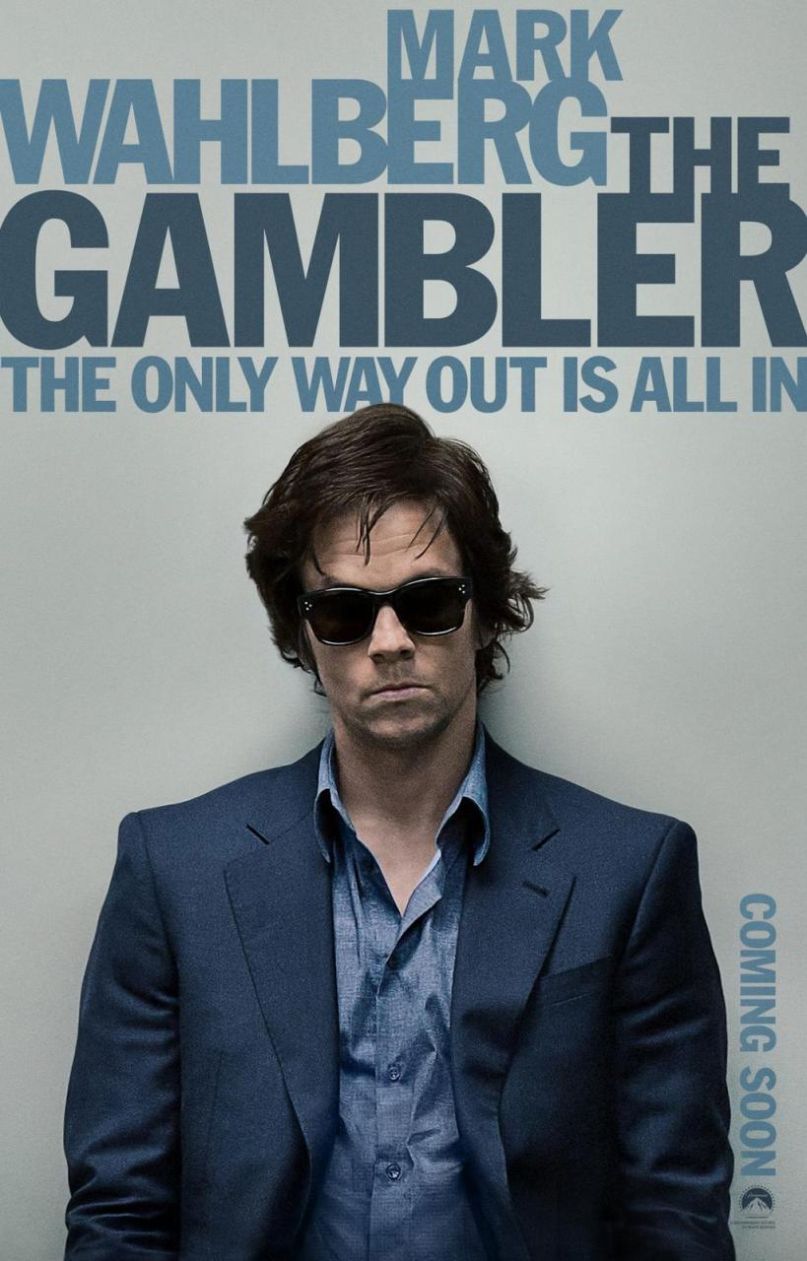 Hollywood loves being ugly. Rupert Wyatt’s latest film — an unnecessary remake of Karel Reisz’s James Caan-starring The Gambler — is one more glaring example. Initially conceived as a project for Martin Scorcese and Leonardo DiCaprio, both parties bailed after veteran screenwriter James Toback published an egregious and lengthy op-editorial on Deadline, detailing how much he personally invested into the original screenplay back in 1974. “Over the years my greatest personal reward on The Gambler has come from members of Gamblers Anonymous, an organization whose meetings I have attended in dozens of rooms in cities around the country,” he concluded with absolute transparency. But, why was he so angry? Well, let’s just say neither Paramount nor the original film’s producers, Irwin Winkler and Bob Chartoff, bothered to call him with news of the remake — nobody did. City of Angels, right?

Three years later — and an executive producer title for Toback as retribution — we’re here with a reimagining that nobody but the executives demanded. Gone is Caan and in is a lean Mark Wahlberg, who broods with existential dread amongst a sea of overwhelming talent that includes John Goodman, Jessica Lange, Michael K. Williams, and Brie Larson. Hell, they even nabbed the great Richard Schiff for a bit part as a nebbish jeweler. Together, they all wax theatrically around Los Angeles, delivering soliloquies from a hyper literate script by the equally superb William Monahan. So, what’s the problem? Lack of necessity notwithstanding, the film is also plagued by its vacancy of spiritual tissue.

The film’s premise reads quite staple: An associate professor (Wahlberg) must handle a series of debts owed to a handful of impatient gangsters. Whereas Toback mined heavily from Fyodor Dostoyevsky’s short novel of the same name, Monaghan leans on Shakespeare, Camus, and Greene, layering the story with intriguing yet sluggish thematic debates about the pursuit of truth, the value of mortality, and the definition of success in this crazy game of life. As such, each supporting character acts as Wahlberg’s Virgil — to borrow from Dante — pushing him slowly from his suicidal nihilism towards his own self-realizations. It’s a fascinating journey but never quite remarkable. Monahan is too invested in withholding any emotions in lieu of a warped sense of naturalism, so everyone just sort of stumbles around artificially, instead.

Which is a shame because the film itself is quite gorgeous. The story this time around opts for the West Coast, leaving New York for Los Angeles, and both Wyatt and cinematographer Greig Fraser take full advantage of its weaving hills, urban decay, and seemingly endless late-night underbelly. Outside, each shot is bathed in natural sun or nearby lights, while indoors, there’s a charcoal pastiche to the surroundings that mirror Wahlberg’s hollow soul. Coupled with a score by Jon Brion and Theo Green — with assistance from yet another celluloid appearance by M83’s “Outro” — and the end result does look quite slick.

Yet slick isn’t enough to warrant a return to diamond territory, and that’s where the 1974 classic remains. Though, if there’s anything to be taken from Wyatt’s adaptation here it’s that Wahlberg wants to be taken seriously again — and he should be. Most will clear their throat, mouth “Transformers”, and move on, but if you can look past the blockbuster dollars he’s pocketing, there’s an arc to Wahlberg these days that’s worth embracing. Don’t forget it was only a year ago that he starred in Peter Berg’s Lone Survivor, another film that was unceremoniously dropped around year’s end, and he turned in a stellar performance that few applauded. That’s happening once again for good reason with The Gambler but here’s hoping more directors keep betting on the guy with serious work. Your move, J.C. Chandor.