Film Review: A Most Violent Year 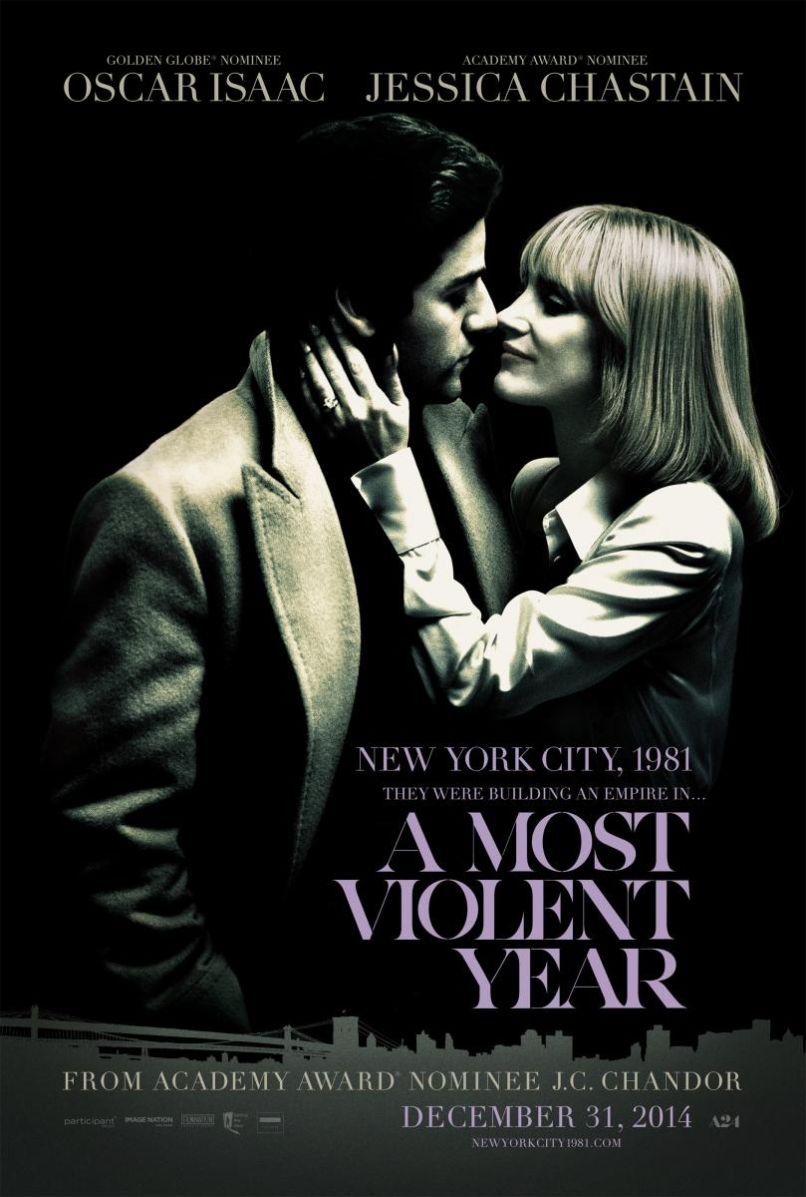 “In this day and age, to get people to go out there and see a movie, you need to make sure that the event feels like it is worth that journey,” director J.C. Chandor told Deadline earlier this month. “My specialty is seeing those real people when they’re being tested.” Survival is what each of his films boils down to — whether it’s on Wall Street (Margin Call), at sea (All Is Lost), or in the urban jungle of 1980s New York City (A Most Violent Year) — and he’s a sucker for squeezing his characters’ necks until they’ve slowly rolled their eyes back into submission. He releases his grip, sure, but only because he knows they’re deserving of such respite.

His latest victim might be his sharpest. Oscar Isaac stars as Abel Morales, a driven immigrant who’s trying to close on a location that will offer his heating-oil company a lucrative and competitive spot in the market. However, he refuses to dirty his own hands, which proves complicated amidst the most dangerous year in New York City history. In light of this, several outside forces shake his moral codes, and true to Chandor’s vision, Abel’s pushed to the limits as he protects not only his name and his business but also his family.

A Most Violent Year is a stylish film that should remind its audiences of the gritty, subtle filmmaking of Sidney Lumet (Dog Day Afternoon), William Friedkin (The French Connection), or even early Martin Scorsese (Mean Streets). Yet despite its remarkable attention to detail, Chandor lets his performances carry the story for him, specifically Isaac. Abel’s own pragmatism provides quite a tricky hurdle to jump for the young actor. It’s a reserved role that blossoms with the little nuances, all of which Isaac delivers with precision, making this another essential performance on his unshakeable resume.

Jessica Chastain, on the other hand, gets to have a little more fun as his abrasive wife, Anna, chewing up the delicious scenery with her Brooklyn accent, vintage Armani wardrobes, and neat bangs borrowed undoubtedly from Michelle Pfeiffer in Scarface. Throughout the film, Chastain lightly indulges in the darkness that Abel refuses to touch, which proves quite challenging for her spouse. What brings them together, though, is their mutual determination, and watching them work through their issues is one of the film’s greatest strengths. There’s a natural glow to their chemistry that goes beyond brilliant casting.

Speaking of which, Chandor must have been quite lonely with only Robert Redford during All Is Lost because he’s stacked this film with an enviable ensemble that includes Albert Brooks, David Oyelowo, Jerry Adler, Peter Gerety, Christopher Abbott, and the oft-forgotten Alessandro Nivola. Together, the many HBO veterans help capture a dark era of New York by representing key figures in its upper and lower classes. Out of the pack, Brooks shines the brightest, playing Abel’s intuitive lawyer Andrew Walsh — complete with a dated hairpiece, no less — in a resourceful role that’s comforting for its subtle paternalism.

Earlier on, as they’re waiting alone together in the company’s warehouse, Andrew asks Abel why he wants this life. It’s a sobering moment that finds the lawyer stepping out of his shoes and speaking solely as a friend and mentor. Andrew’s confused — just as we are — why an honest man like Abel would choose a career that teeters on crime and is consistently threatened by corruption, violence, and theft. To his surprise, the question is lost on his client, but not because Abel’s unaware of such dangers; it’s that he truly believes he can overcome them. For Abel, the why is simple: He wants unadulterated success.

“I have always taken the path that is most right,” Abel tells Oyelowo’s district attorney. “The result is never in question for me, just what path do you take to get there, and there is always one that is most right.” The path that Abel paints isn’t the easiest; it’s rocky, uncertain, and often forbidden. This bleak territory speaks to Chandor, and he continues to translate these magnificent struggles into palpable stories that demand reflection. A Most Violent Year is his strongest meditation to date, a slice of American cinema that’s as rare as it is beautiful. Rest assured, it’s worth your time, money, and headspace.