by Michael Roffman and Dan Caffrey 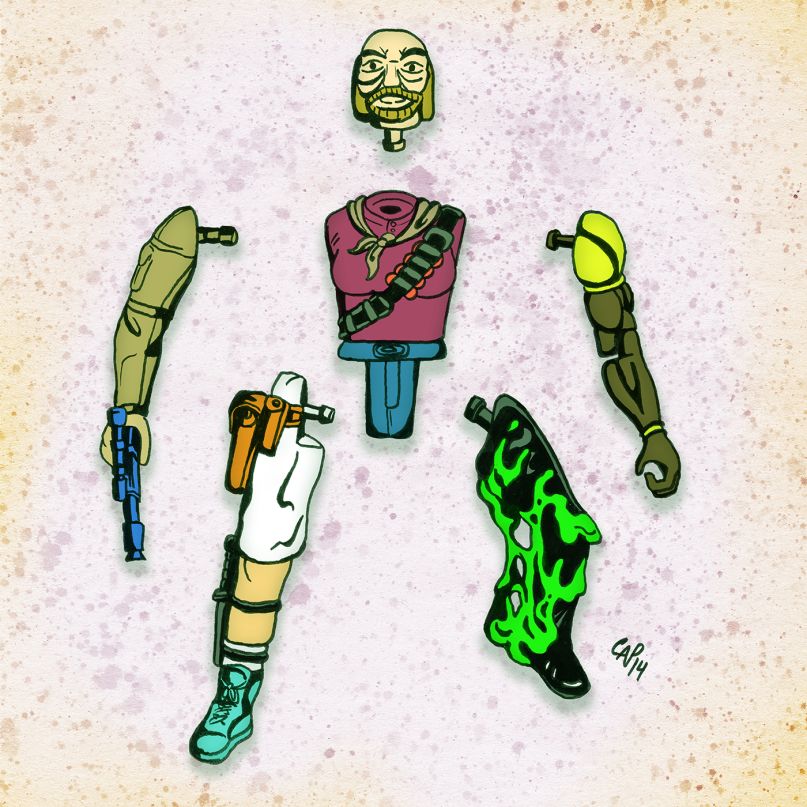 Action figures are more than little pieces of plastic. For some, they’re relics of a time when the bedroom floor was a personal sandbox, a place where Gotham City, Endor, or LV-426 might come to life with just a few books, a piece of cardboard, or an elaborate play set. For others, they’re badges of honor, a collection of rare finds that only few ever care to possess.

I love ’em. As a kid, they fueled my imagination for countless afternoons by carrying out the story in ways that went beyond the credits or the last panel of a comic book. There was something exciting in knowing that all of my heroes and villains were within my reach and that the possibilities were endless. This feeling became so powerful that I’d seek out figures for any franchise that caught my eye.

Today, that obsession continues, albeit a tad more controlled. Don’t get the net; I’m not sitting here playing with figures all night. Or any night, for that matter. My interest, instead, has become more of a celebration. I’ll buy a Marty McFly figure because, well, I still love the movie and want to relish that passion. It’s comforting for me.

That’s why I thought that I’d come clean, admit my obsession, and start talking about the various movie-related figures of the past, present, and beyond in a new column for 2015 called: Well, That Figures. As a preview, I spent the past few weeks waxing nostalgic alongside senior staff writers Dan Caffrey and Cap Blackard. With the holidays upon us — a time once reserved for toy-driven wish lists — it made sense.

What we came up with is a list of the worst and best action figure lines based strictly on movies. That means you won’t find any praise for Teenage Mutant Ninja Turtles, Dino-Riders, The “Real” Ghostbusters, or any of the exceptional DC or Marvel collections based on the cartoons or comic books.

We also decided to nix any reboot or commemorative figures that have popped up decades later. Most of these jaw dropping collections — thank you, Movie Maniacs — were created by fans heavily invested in crafting the perfect figures for franchises that either didn’t have a chance or weren’t brought to justice.

So, instead, these are the figures that were born for the aisles of TRU or KB or Lionel Playworld or FAO Schwartz or any other toy store that dates me. It’s heavy in nostalgia, sure, but there’s also some things to take away from each analysis. Just know, this is only the tip of the Lego iceberg because, come next year, we’ll be neck high in plastic.