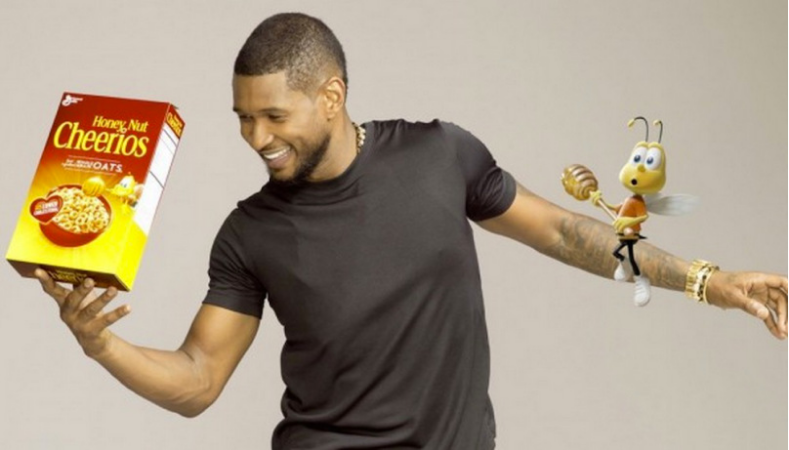 Usher released his latest single earlier this week, though most people probably haven’t heard it yet. That’s because a download code for the track, “Clueless”, was tucked deep in select boxes of Honey Nut Cheerios available only at Walmart. It’s the most ridiculous, nutritious cross-promotional campaign ever.

The song has since surfaced online, but as documented by Noisey‘s Andrew Winistorfer, it wasn’t an easy journey. Winistorfer had to go to two separate Walmarts, deal with uninformed employees, buy two boxes of Cheerios, and write an op-ed before he got the code to work. He first purchased one of the special boxes of cereal on Tuesday, but it wasn’t until Friday afternoon that he actually got to hear the song.

On Friday afternoon, we were finally contacted by someone at Honey Nut Cheerios. After apologizing for me having  “difficulties” downloading the song, the spokeswoman said that the company had just ensured that the downloads were working. This was literally two hours after I tried downloading the song on Friday morning—entering the codes multiple ways, again. The person from Cheerios also helpfully suggested that I was probably just putting the code in wrong.

I tried again on Friday afternoon, and it finally worked when I put the code in without dashes and all lowercase, a method I tried probably 15 times between Tuesday, when I first bought the Cheerios, and Friday. I guess it’s possible I messed up the code about 50 times, but I mean, I also know how to read and work a computer. Take that for what you will.”

You can read his whole ordeal at Noisey. One way or another, the technical difficulties have been resolved, and “Clueless” can now be heard by all. Usher hits notes at the top of his register as he sings, “For everything else, I’m clueless, stupid, foolish/ For everything else but you.” It’s a slow jam, for sure, but the sparse synths and effects never really come together, seeming to build towards nothing. Save yourself the trip to Walmart and listen below.

The standalone single is not expected to be featured on UR, Usher’s next album due in 2015 with cameos from Nicki Minaj, Drake, Pharrell Williams, Diplo, Ed Sheeran, Skrillex, and others.