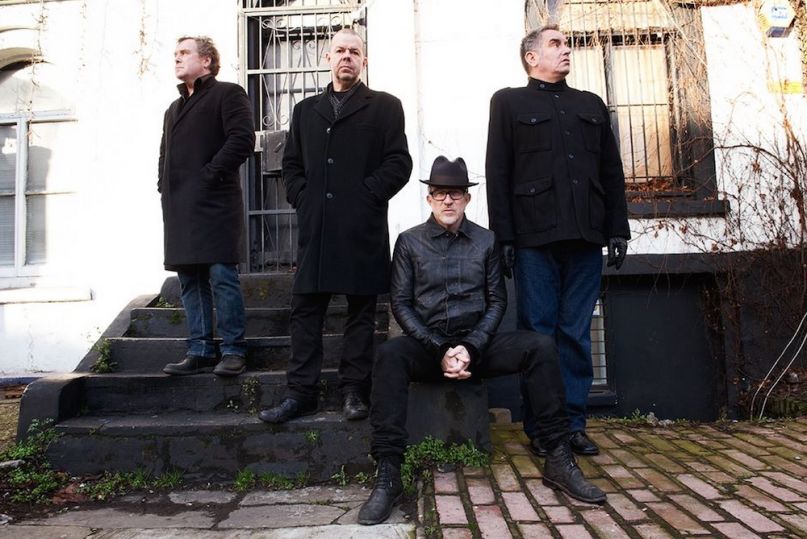 Experimental British rockers The Pop Group have announced their first new album in 35 years. Entitled Citizen Zombie, it’s due out on February 25th, 2015 via Freaks R US, the same label that recently reissued two of the Group’s compilation albums, We Are Time and Cabinet of Curiosities.

The 11-track effort is the band’s first LP since reuniting in 2010 and is the follow-up to 1980’s For How Much Longer Do We Tolerate Mass Murder?. It was recorded over the course of two years by all four original Pop Group members, who collaborated with Grammy-winning producer Paul Epworth (Coldplay, Adele, Florence and the Machine).

While the pop specialist Epworth may seem like a strange choice for the band, who are known fusing elements of post-punk, funk, dub, and free jazz, it turns out they’re all mutual admirers who found quite a bit of in-studio chemistry.

“From his work with Phones [Epworth’s early solo project] onwards, I’ve loved his work and think he’s one of the world’s best producers,” singer Mark Stewart said in a statement (via Rolling Stone). “He gave us the freedom to create and, with his help, destiny rides again for The Pop Group.” Epworth, meanwhile, hailed the group’s recording process, explaining, “The energy is still there, the ideas are still there, it still fizzes with a life that most young bands just don’t have.”

Our first taste of the Citizen Zombie comes in the form of its title track, a dooming, noise-addled number. Listen in below (via Noisey).

In support of the LP, the band have also lined up a spring 2015 tour. Consult their full itinerary below.