She & Him premieres video for “Stay Awhile” video — watch 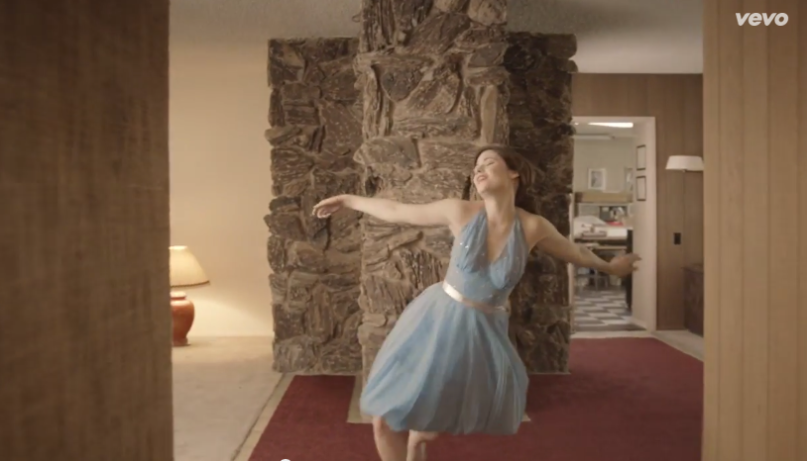 She & Him are missing a few things in the video for their cover of “Stay Awhile”. Zooey Deschanel dances and sways through a retro-styled house, but no one’s there to catch her when she dips, leaving her to float in the air. M. Ward, meanwhile, strums as if there’s an instrument in front of him, though he could use some lessons on how to pantomime holding a guitar neck. The duo is really just fooling about with green screen, but it adds a tangible sense of loneliness to Dusty Springfield’s classic song. Watch it below.

“Stay Awhile” is the lead single off She & Him’s forthcoming album of “timeless standards,” Classics. Due December 2nd via Columbia Records, the album features songs such as “Unchained Melody”, “We’ll Meet Again”, and “It’s Always You” performed alongside a 20-piece orchestra. Already we’ve heard the duo’s versions of Frank Sinatra’s “Time After Time” and Carole King’s “Oh No, Not My Baby”.