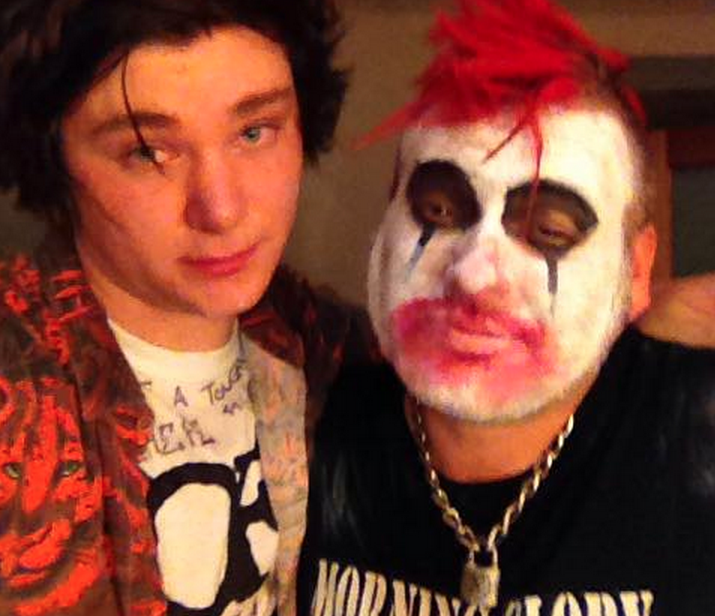 NOFX frontman Fat Mike made headlines last week after getting into a pretty intense scuffle with a fan who had jumped onstage during a show in Sydney, Australia. Shortly after the incident, both Fat Mike and the fan, named Alex Medak, took to Twitter to apologize to one another. The punk rock singer even went so far as to offer to buy the bruised Medak a beer at the band’s next show.

On Friday night, Fat Mike made good on his promise. At the band’s show in Sydney, NOFX not only asked Medak to join them in singing the Punk In Drublic highlight “Linoleum”, they also invited him to hang out backstage.

As Australia’s The Music reports, NOFX and Medak made up backstage and posed for a friendly picture (seen above). Additionally, Medak received a rather unique gift: an autographed T-shirt featuring an image of the infamous stage fight.

There’s a life lesson for you kids out there: If you want to meet your heroes, then tackle those dreams head-on. Literally, if you can.

Below, check out a photo of Medak’s badass NOFX t-shirt (via Blue Murder Touring Co.), his thank-you tweets to NOFX, and video of him performing “Linoleum” with the band.

Pretty embarrassed that I fucked up the lyrics to Linoleum last night, I was so fucking nervous getting on stage with NoFX.Thanks again guys