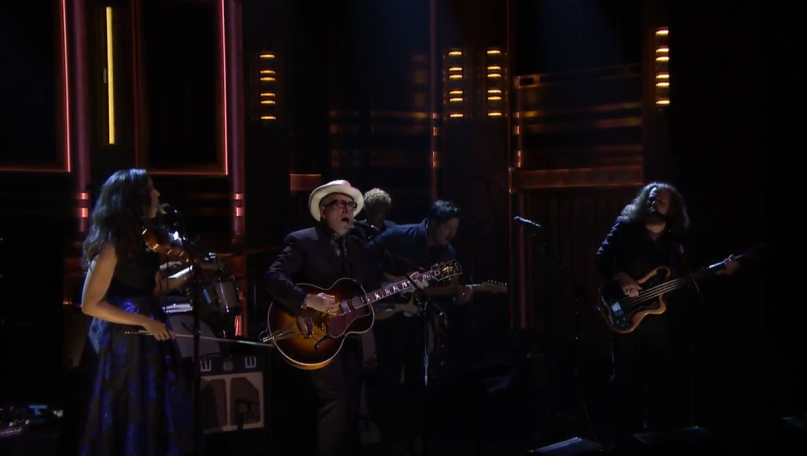 Over the period of two weeks, My Morning Jacket’s Jim James, Mumford and Sons’ Marcus Mumford, Elvis Costello, Dawes’ Taylor Goldsmith, Carolina Chocolate Drops’ Rhiannon Giddens, and super producer T-Bone Burnett holed up in a studio to bring life to a collection of previously lost lyrics by Bob Dylan. Last night, the folk rock supergroup reconvened at the studios of Jimmy Fallon to support the result of those sessions, Lost on the River: The New Basement Tapes. Marking their first-ever live performance as The New Basement Tapes, the collective performed “Lost on the River”. Watch the replay below.

Lost on the River is out today via Electromagnetic Recordings/Harvest Records. The 20 tracks on the record were created from over two dozen lyrics written by Dylan around 1967, the same period during which he was writing the now-iconic Basement Tapes. Showtime will air a Sam Jones-directed making-of documentary about the release entitled Lost Songs: The Basement Tapes Continued. That airs on November 21st.