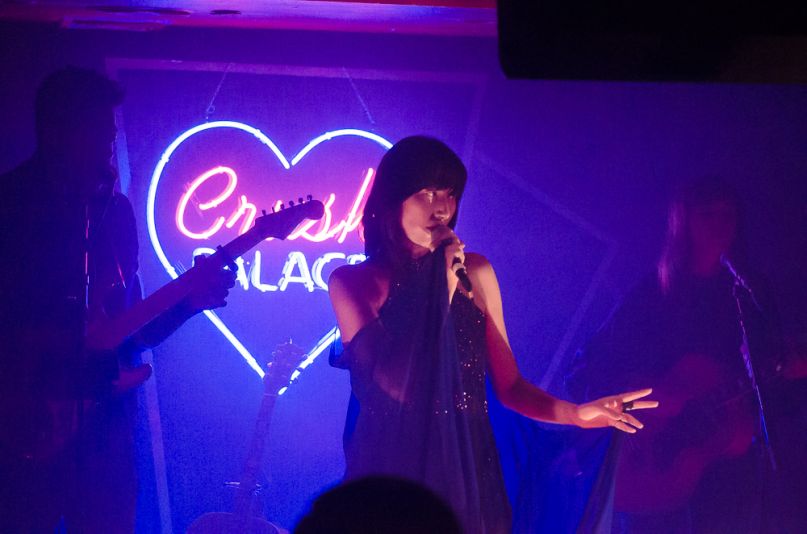 With Crush Songs, her debut solo album, Karen O manages to take pieces written many years ago and purvey a sense of heartache and frustration that’s as fresh as any open wound. However, with Christmas a mere seven weeks away (!), the Yeah Yeah Yeahs frontwoman has taken a break from all that weepy sadness to indulge the yuletide spirit.

No, she’s not decking the halls or building a plump snowman: Instead, Karen O has shared a cover of the holiday standard “Marshmallow World”. And if you’re thinking a song about marshmallow clouds and pumpkin-like suns can’t have depth, just wait until you hear this distinctly punk-ish take, with Karen O sounding like some holly jolly Iggy Pop. You’ll never feel quite the same innocence as she practically snarls lyrics like “The world is your snowball, see how it grows.”

The cover is part of an ad campaign from Target, and will reportedly be featured in a total of 15 different TV spots. Watch the first commercial below, which involves both a T-Rex and a superb Alice in Wonderland reference.

If Karen O’s corporate turn is leaving you feeling out in the cold, just remember she’s got a history with The Man. Her songs have already appeared in ads for Adidas, Chipotle, Absolut, and Sonos, among others.