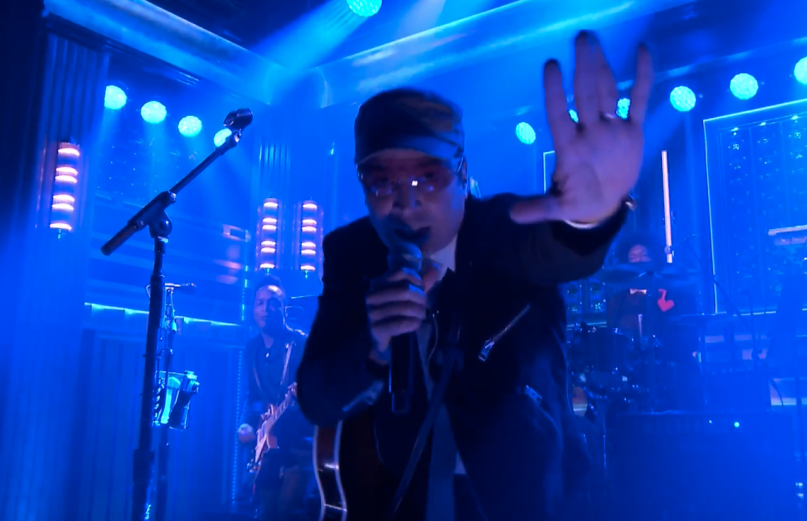 U2 was scheduled to begin a week-long residency on The Tonight Show last night, but those plans were derailed after a bike accident left Bono in need of arm surgery. Fortunately, as Jimmy Fallon told the audience, “We already have the best band in the world — The Roots are here. And, Bono’s wardrobe is here, because he was going to wear it tonight. Obviously, he doesn’t need it now.” The host and his house band proceeded to give their best U2 impersonation with a performance of “Desire”, complete with Fallon in full Bono character (accent and all). Watch the awesome performance below.

Bono’s injury came while he was cycling in Central Park on Sunday. The band is optimistic he’ll recover quickly and they’ll be able to reschedule their week with Fallon. They might not be so optimistic about their frontman’s recent luck, however, as just three days prior to his accident, a door fell of his private jet while in mid-flight. There were no injuries reported, but Bono should probably dig out his lucky rabbit’s foot.