Jenny Lewis performs “She’s Not Me” on Seth Meyers — watch 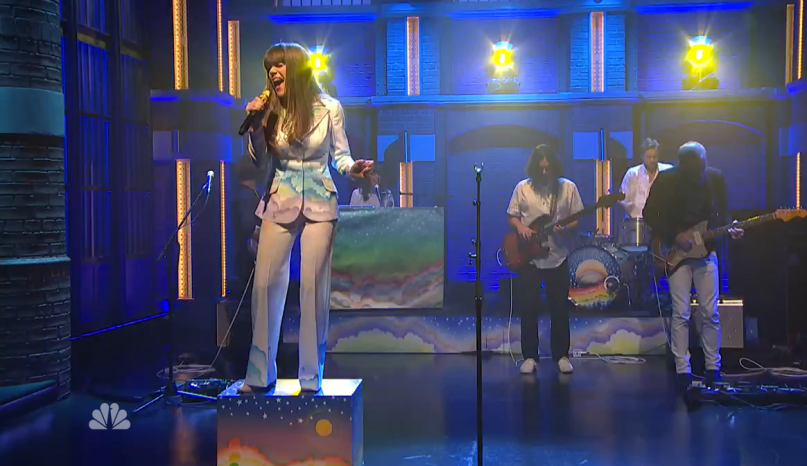 Jenny Lewis is in the midst of her final tour of the year supporting her latest album, The Voyager. Before winding things down, however, she made a stop at Late Night with Seth Meyers, where she performed “She’s Not Me”. Catch the replay below.

Lewis has just four solo dates in the run-up to Thanksgiving, but she’ll be back in December for a few shows with Ryan Adams. Find her full itinerary here.

Below, watch our interview with Lewis from Forecastle Festival.