In Photos: Parquet Courts at WXPN’s World Café in Philadelphia (11/7) 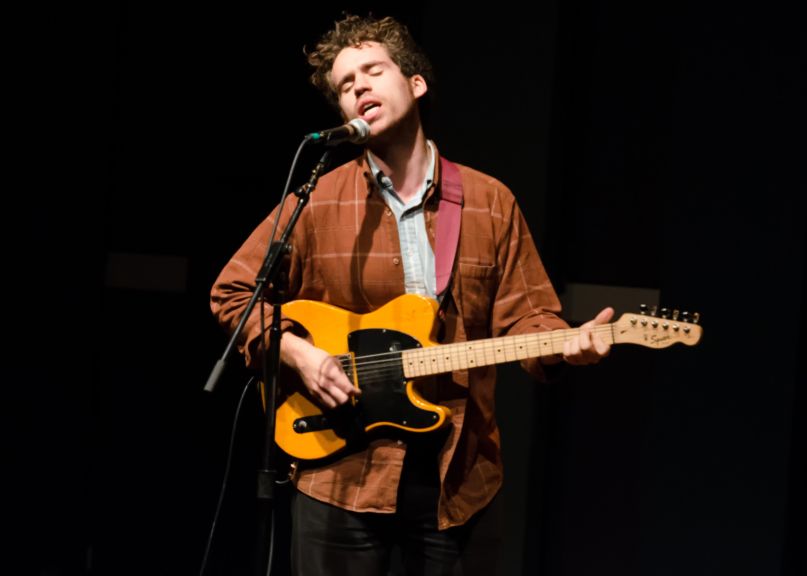 On Friday, New York’s post-punk quartet Parquet Courts played a midday show at WXPN’s World Café in Philadelphia. With two LPs under their belt this year — June’s Sunbathing Animal and the forthcoming, Content Nausea, under their curious moniker, Parkay Quarts — the venue was packed with hungry fans ready to hear a glut of new material.

As such, they opened their set up with their cover of The 13th Floor Elevators’ “Slide Machine”, which will surface next week on Content Nausea. They then revisited Sunbathing Animal with a six-song assault of “Bodies Made Of”, “Black & White”, “Vienna II”, “Always Back in Town”, “Dear Ramona”, and “Ducking & Dodging”.

They ended the show the same way they started it: with a new song. This time in the form of a six-minute ballad titled, “Uncast Shadow Of A Southern Myth”. It was here that Andrew Savage’s storytelling really shined. The song itself sounded more alt-country than anything they’ve previously done, but fans were hardly phased, screaming in enthusiasm and making it one of the day’s true highlights.

Check out the set’s gallery below.